Go
IN AND AROUND TORONTO

There are so many cool restaurants and bars popping out around Toronto that its sometimes hard to pick one for a perfect night out. Still, there’s one new super club on the scene, CC Lounge & Supper Club, that is guaranteed to intrigue and delight. Themed to celebrate the Prohibition Era and complete with a whisky tunnel reminiscent of the Hiram Walker smuggling tunnel connecting Windsor and Detroit at the time, this new lounge really hits the mark. Here’s what you need to know: 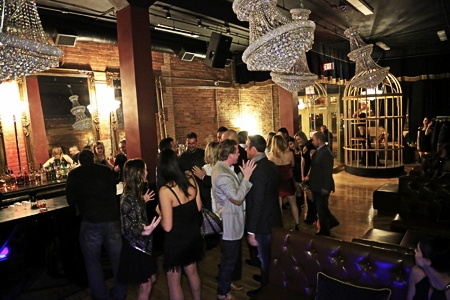 Located downtown on the East Side of Yonge Street in the St. Lawrence Market area, CC Lounge & Supper Club fills the space left by Nicholas Hoare bookstore.  I was sad to see the classic bookstore go but that sadness was quickly replaced by the warm feelings brought on by quality Whisky being drunk is delectable concoctions.

The building itself lends to the theme of the space, constructed in 1872 and sitting on the site of an 1853 storehouse whose foundations are largely intact beneath the basement. Wisely the CC Lounge & Supper Club chose to maintain the building’s original exposed brick, beam work and gothic-inspired double-arched windows. Throw in some tables and high tops made from real whisky barrels and you have the ultimate whisky lounge.

To write this piece, I actually brought a friend with me who had a much greater knowledge of whisky than myself. An Australian with a taste for whisky, I knew she would be better able to judge the quality of the drinks then I would. I also feared I wouldn’t actually try the whisky. See, I’m a wine girl at heart. The thought of hard liquor brings a lump in my throat I care not to follow up with the actual drink.

Still, the bartender, Stephanie, was convincing and soon I was handed my first drink, the Lender. Made with 2 oz Wiser’s deluxe, 1 oz Grand Marnier, Cranberry juice and apple cider, this drink is ridiculously good. We had originally intended to split it and soon Heidi was left ordering a new one as I held tightly onto the glass.

Other delicious cocktails include a traditional Manhattan, a great Mint Julep and the Toronto, a drink made with Wiser’s Rye, Triple Sec, Lillet Liquor and fresh lemons. The cocktails range in price from $11-$13 and they are worth every cent.

Give two married ladies some whisky and you can bet they’ll point out the best looking guy in the room pretty quickly. In this case, it was a toss up between one of  the smartly dressed owners and the chef. We unanimously decided the Chef took top marks after trying a few samples off his menu.

Executive Chef Brent Richardson known for his work at Beerbistro and La Carnita has assembled a menu of refined comfort foods that will keep you warm throughout the cold winter. From foie gras poutine, devilled eggs, fried quail and pancakes to  tourtière and roasted trout you won’t leave hungry. The gem of the menu is of course the CC Whisky Pairing Spread featuring artisanal cheeses, chocolates, fresh breads and fruit to be paired with flights of whisky.

An Education in Whisky 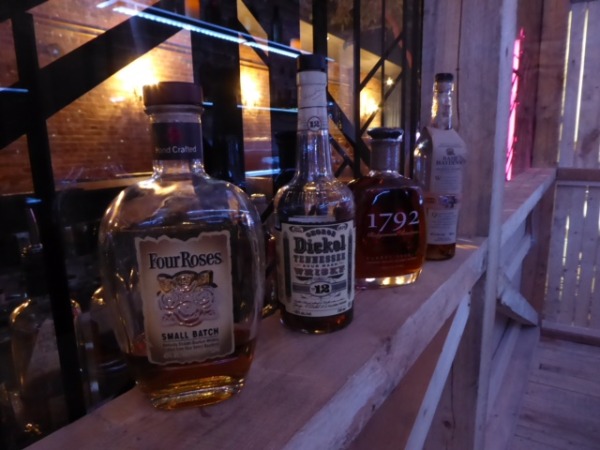 What if you know nothing about whisky? Join the club. I walked into CC Lounge knowing only that I could not really identify Whisky without an LCBO employee helping me out and left with a much greater understanding and appreciation for the libation. On site, whisky sommeliers man North America’s first whisky tasting tunnel housing over 100 varieties of whisky.

Much like the Prohibition Era access to this tunnel is limited and parties are able to enter only when the time is right. Look for the cross hung from the ceiling to illuminate to gain access to the riches.

If you happen to fall in love with a bottle of whisky, which has been known to happen a time or two, let the sommelier know and once you purchase the bottle it will be kept on site for you awaiting your next return.