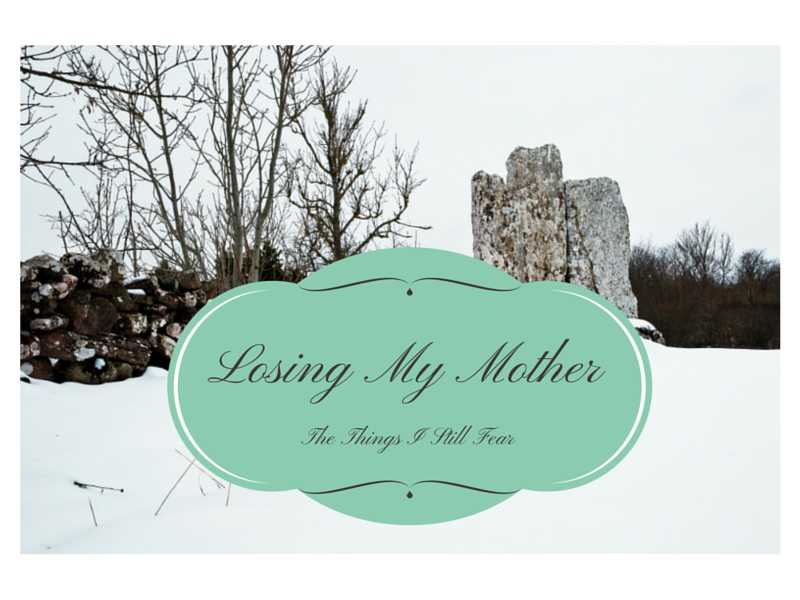 It has been 11 years since I last saw my mother. At that time, I knew there would be no greater pain than her death. 11 years later, there is still so much I fear. These are the worst things about losing my mother and the fears I still carry with me. I believe many share these same feelings after the death of a mother.

I hate even saying the name. Each time, I make a plan, check a calendar or book a flight, I skim past the word January and I hate it. I fear its arrival and I welcome its passing. I always will. It was the month when everything changed. While my friends where prepping for their final year of law school and celebrating the New Year with loved ones, I was counting the days of 2004 that my mom would make it through alive. To this day, January fills me with fear. I hate its dreariness, bitter cold and terrible memory associations the most.

I feel there are things about my mother I will never forget. I won’t forget her hands, her smile or the giggle she made whenever she farted and hoped you didn’t notice. I am forgetting her voice. Tucked away in a fire proof safe, I have a dictaphone tape that I recorded off our answering machine after she died. I made a tape for each of my siblings as well as my father. Still, I no longer own a dictaphone (who does really). I worry that technology will surpass me or the next time I got to listen to it, the tape will have aged too much and I won’t hear her say “You’ve reached the Topps, please leave a message”. Will I only remember her little shenanigans now only when I read her obituary? Will the obituary remember more of her than I do now? With death notices now going online (like https://www.genealogybank.com/explore/obituaries/all/usa/florida/orlando/orlando-sentinel) my previous statement might just turn out to be true. Will she really fade from my memory? Will I forget her voice – her giggles, her smile, and the little twinkle in her eye every time she did?

Living Longer Without Her Than With Her

Every year, I count the years left until I’ve been alive longer without her than with her. I was 24 when she died. So far its been eleven years. The dreaded year is 2028. When you write it down it seems like a lifetime from now. Still knowing how fast these 11 years have passed, I know that it won’t be long until I am 49 and this monumental moment hits. As I discuss my mother’s death with others who have been through the same, this is one of the more common feelings after the death of a mother.

This is a strange one. I don’t fear outliving her. I hope with every fibre of my body that I do. What is strange to me is that my mother died at 57 and I can’t even begin to imagine her any older. Instead she is frozen in time. I’ve watched her siblings age as well as her parents who are still alive in their 90s but when I look at them I don’t see my mother at that age. How strange it will be when my face in the mirror is older than her image burned in my memory. And how strangely lucky I will feel to still be alive.

My father died of Alzheimer’s Disease. A disease that in some way eased the pain of his loss but stole from him his greatest memories particularly those of my mother. I remember as the disease progressed that dates began to mean very little to him. No longer did we speak of her on their wedding anniversary, the anniversary of her passing or her birthday. It was like she simply faded away from him and my siblings and I were left to bear the pain and keep her memory alive alone. I fear that there is a great possibility thanks to genetics that I may meet the same end as my father and wonder who will then keep her memory alive. Will and Charlie will never know her touch, her laugh or her smile and story after story may impart on them what an amazing woman she really was but won’t likely have the long-lasting effect that having known her would have had.

I fear dying at her age. I look at my children and I silently hope they will marry young. A selfish desire of mine to experience the things she didn’t get to like weddings and the arrival of grandchildren. When I look at it this way, I seriously wonder if it’s possible that I could only have 22 years left and that I am in fact past middle age at 35.

Of course, I have everything planned such as colonial penn life insurance $9.95 per month, money for them and their kids, and all the other necessities but that is not what I fear the most, what I fear is that my children will one day suffer the unfairness of saying goodbye long before it makes any sense to. That they will look at their own children and wonder about the relationship I would have shared with them and how spoiled they would have been. Luckily, my sister has kindly taken to spoiling mine rotten so at least they never wanted for the things my mother would have showered them with.

Of course, the biggest fear I have after having lost my parents is to lose a child. It is a fear we as mothers live with at all times. I am usually able to control it but there are times when the fear is so real that it is literally painful. Knowing what these last 11 years have felt like, I cannot fathom the pain of losing your own child.

One of my best and worst memories at once is of when my mother’s mother came to say goodbye and sang her a song she had sung to her as a child. The pain in her voice still haunts me today. For those of you who are somehow dealing with this pain I hope I never will know, know that I have the utmost respect for you and I wish you solace and all the happiness that life can still offer.

Fears and Feelings After Death of Mother

I remember my mother passing and a kind woman pulling me aside and telling me that no matter what age your mother dies at, the feeling of being more alone than ever before is inevitable and never going away. She told me I would learn to live with it but the yearning for her love would never end. 11 years later I believe as much as I did that day. It’s a fate I wish on no one but in the end we are lucky enough to suffer. Particularly as adults who have been blessed with the gift of time.