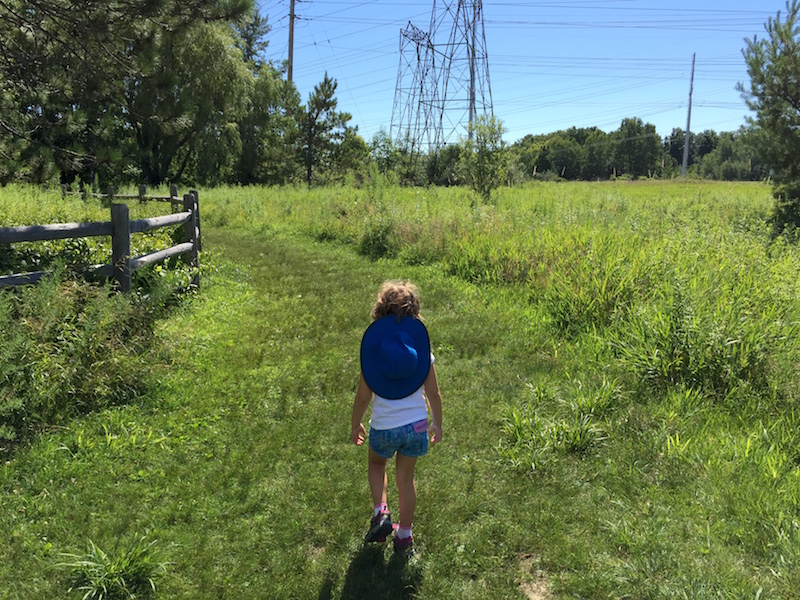 By Spring, a few years ago, it was clear to me that I was failing as a stay-at-home mom. I had stopped going to our  gym, my lululemon pants were getting tight, and I had completely forgotten to sign either of my kids up for a single summer camp. While other moms chatted in the school yard about waking up at 7:00 am to sign their kids up for yet another summer of city kids programming, I dreamed of slipping out of the conversation and into a whole new life. I finally realized that after 6 years as a stay-at-home mom, I simply needed to get the hell out of a 4 block radius for more than a week at a time.

Late one night, while reading Twitter and procrastinating on finding summer camps with spaces still open for my two kids, I came across a photo from a hotel outside of Austin, Texas. It looked inviting, warm and from what I could tell no one else that I knew would be there. I decided it was the escape I needed. I woke up my husband and simply said “I am going to drive to Texas this summer”. He looked slightly confused, rolled over and went back to sleep.

By the next morning, I had the whole thing planned out. When school let out, we would pack our minivan and I would drive my kids to Texas and back alone.

At first the mom reactions were all the same. A stunned look of disbelief and hanging open jaw followed by a puzzled “why?”. In reality, I was quite nervous about the whole thing myself but I had made up my mind and spent $14 on a paper map of America so there was no turning back.

I had driven as far as Florida before but have never been to places like Louisiana or Texas. I sat the kids down and showed them the map. We talked about seeing alligators, long horn bulls and heading to Graceland. They seemed okay with the plan and thus our road trip was born.

As I packed up the car with a frugal five outfits each, I was proud of myself, extremely nervous and excited to leave the confines of my neighborhood for more than forty days. We waived goodbye to the neighbors and my husband and drove off. I pulled over before getting onto the highway and looked once more at the CN Tower. I wasn’t bored anymore and I wasn’t worried about summer camps for the first time in at least 4 years.

It wasn’t until we crossed the border from Montreal into New York State on our way to Vermont that I began to wonder what I was doing. The border was essentially a tiny backroad with no real security and certainly no bridge or tunnel. The U.S. Border agent looked at me quizzically and asked at least three times why I would drive two kids to Texas by myself. I was worried he wasn’t going to let me in to America but the gate lifted, he handed back our passports and wished me lots of luck in a way that made me feel like he thought I needed some.

In the end, we drove 9800 KM (6089 Miles) that summer and we never once regretted leaving the city or felt like turning back. My kids and I swam with salamanders after hiking to the top of hills in Vermont, held baby alligators in Louisiana and even rode a long horn bull in Texas.

It wasn’t always the perfect vacation I had pictured but in the end that made it better. My only credit card got stolen off a table at a Jimmy Buffet themed restaurant in Myrtle Beach, South Carolina a week into the trip. My four year ended up in the children’s hospital in Indianapolis, Indiana. I only made it 4 hours into my promise to myself that I wouldn’t drink any wine all summer and would lose weight on this trip.

Instead of everything going perfectly, it went exactly as it should. I learned my four year old was allergic to milk and that bedtime was for people who had an actual schedule. Because I was driving mostly every afternoon, the kids were able to sleep in the car and stay up late to experience life in different cities. In Memphis, we took a horse drawn carriage to a park and listen to James Taylor sing Fire and Rain. In Texas, we sat out and watched the turkey vultures fly above us in the starry sky searching for their next meal. In Virginia Beach, we watched ships squeak through the dips in the Chesapeake Bay Bridge Tunnel.

All in all, the kids never once asked to go back to Toronto. I didn’t have to deal with waking up at 7 am and making lunches to rush off to one camp or another. They learned to swim in various hotel pools. We did crafts on our own with seashells and bird feathers that ended in adorable travel journals. The kids made new friends with funny accents and backgrounds much different than theirs. Most importantly, I got them for the summer. They were mine to hold, to laugh with and to cover in sunscreen. A university student didn’t get the best of them returning them home exhausted and cranky. I did.

Am I going to ever wake up again at 7 am to battle thousands of moms on the internet to get my kids into summer camp? No. I’ve learned I can take that money and all that time and run my own summer camp out of a old Dodge caravan. Eventually, my kids will fight to stay with their friends in the city but right now, they want to spend their time in a car with me. Every summer, I’ll be packed and ready to go.