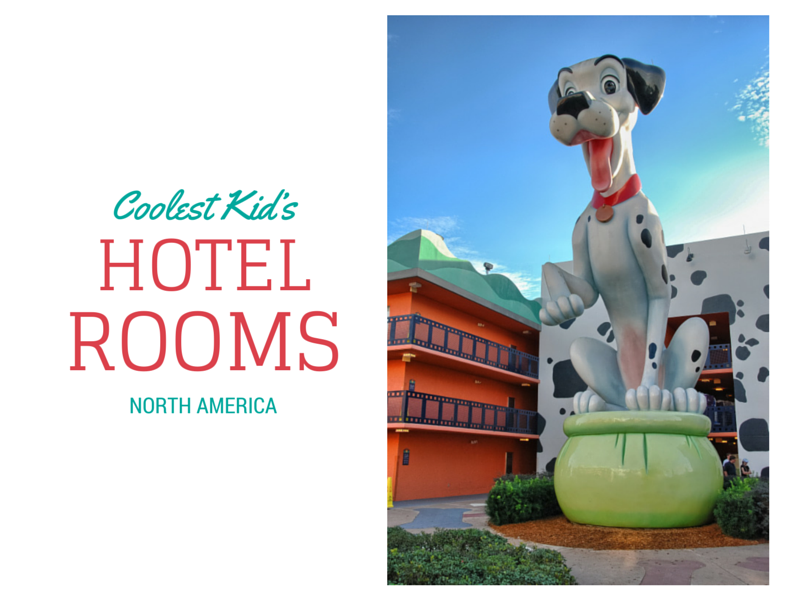 Most children dream of going to Disney World and staying at one of the resorts many hotels, but there is far more to explore if you do a little research! Plenty of hotels use insanely cool decor ideas to elevate your experience to the next level, which you might want to try recreating for your kids at home. If your kid’s bedrooms need a little makeover, the hotel rooms below will definitely offer you some inspiration.

Without further ado here is my bucket list for my kids of the coolest kids hotel rooms in North America. 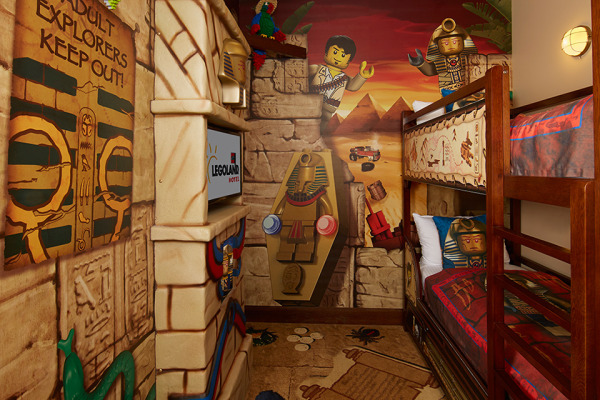 When I took my kids to Disneyland and San Diego, there was NO WAY we weren’t stopping in at the Legoland Hotel in Carlsbad. From the moment we pulled in this hotel was fun. You have a choice of 3 room types depending on availability. We were hoping for a pirate room, would settle for a knight room and in the end got an adventure Indiana Jones room. Turns out it was…well…AWESOME. From the door all the way to the balcony and including the bathroom, everything was themed. Lego vases and lego bugs dotted the room. A pretty cool lego monkey sat on a treasure chest filled with goodies for the kids. Legoland scores additional cool points for having whoopie cushions in the carpet (yup) and an elevator that turns into a disco party each time you enter.

Legoland Florida (which in my humble opinion is a better park than Legoland California) is opening its own hotel in 2015. You can book now with availability starting May 31, 2015. With this announcement, Legoland scores twice in the coolest kids hotel rooms category! 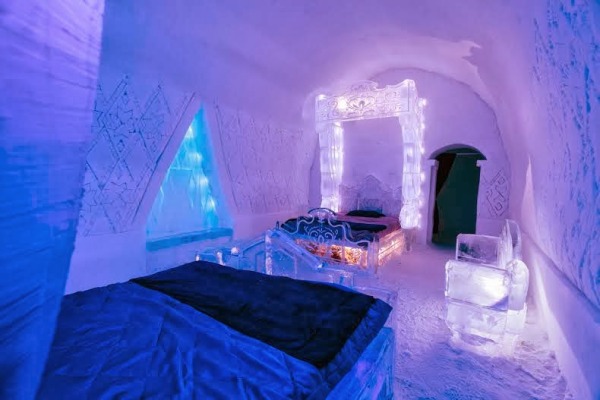 This hotel literally wins the award for coolest kids hotel rooms available. As long as you are okay with sleeping in a -3 to -5 degree room. Last year, the Hotel de Glace won the hearts of little girls across the world with their Frozen suite. The animators of the film actually stayed at the hotel when drawing up plans for Elsa’s ice castle. We checked out the Hotel De Glace and spent a night in the Great Gastby suite. You can read about it here. 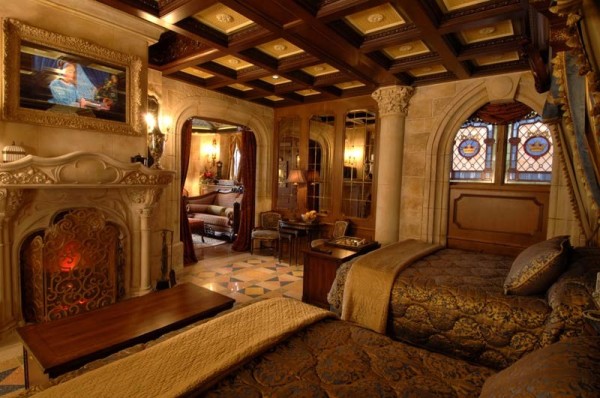 The hotel suite found IN Cinderella’s castle in the park is reserved mostly for contest winners and royalty (well depends on your opinion of Tom Cruise). The suite comes with a 24 hour concierge of course and will spoil your children rotten for one magical night. I personally know someone who has actually stayed in this room as a contest winner so dreams to come true as they say. Don’t waste time looking around the Disney website for the link to book the room…it’s not there. 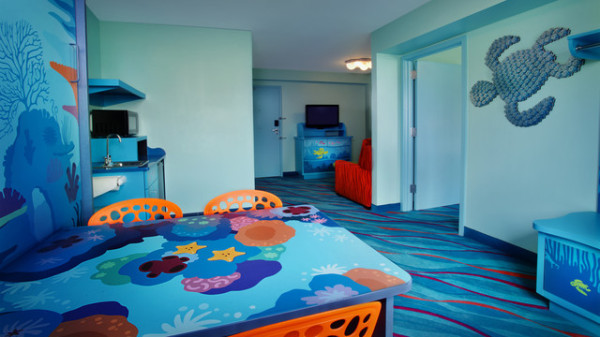 At a very reasonable price, you can distract your kids from their castle dreams and book them into the Finding Nemo Suite at Disney’s Art of Animation Hotel. The kids and I were able to stay there last year and I can attest we really didn’t even need to leave the hotel to fill our day with awesome Disney fun. A good hour was spent in the room looking for Nemo. I’m not kidding. We couldn’t find that fish ANYWHERE. I won’t ruin the surprise but he is in the room. Keep looking. After we gave up, the kids took a dip in the GIANT pool and played in the attached splash pad while I lingered poolside sipping wine and wondering where Nemo was. We found him later that night. The hotel has tons of fun activities poolside, an animation studio, shopping and a walkway with amazing statutes of all your favorite Pixar scenes. 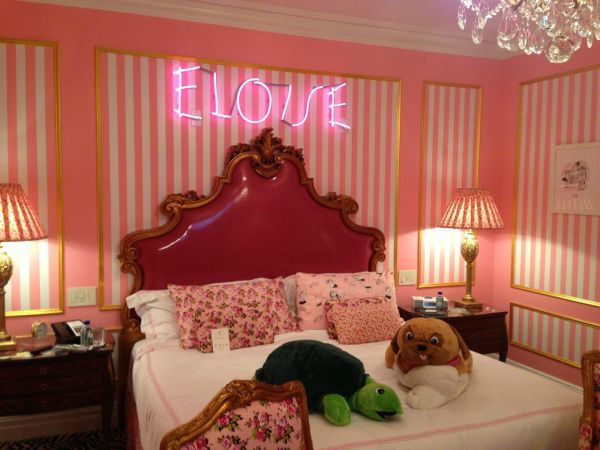 Ever since I heard the words “it’s a girl”, I have been dreaming of taking Charlie to the Plaza. Luckily, my dreams are becoming other peoples’ reality as the Plaza has introduced a dedicated Eloise Suite designed by Betsy Johnson. The fictional character Eloise, rumored to be based on the true childhood of Liza Minnelli, lives on the top floor of the plaza with her dog and turtle. In the books, the young girl gets into quite a lot of mischief running around the New York City landmark. On-site, there is also an Eloise tea room and shop. 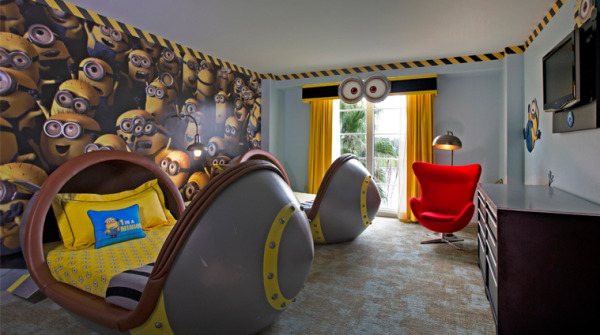 I have to admit. I have never seen Despicable Me. Still, I recognize a great character when I see one and there are few that rival the minions. With their own movie coming out in 2015 this suite at Loews Portofino Bay (Universal Studios) Orlando may need to be renamed the Minion Suite. A great feature of this room is that the large 2 bedroom suite only has one door, so your kids can only go into your room and not the hallway. A great way to keep track of your own minions while having a good night sleep.

Which of these hotel rooms from this Coolest Kids Hotel Rooms list would you love to stay at? Have you stayed at any?