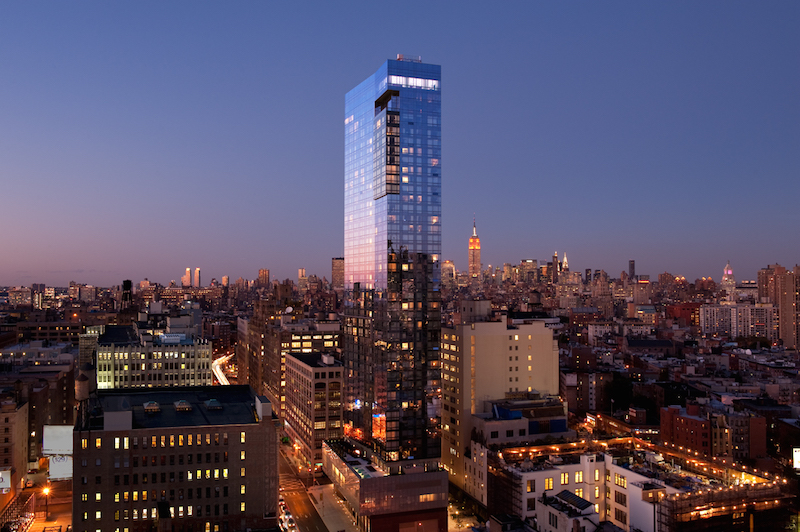 The Trump name is one that you hear a lot these days. Donald Trump is, as you know, running for president of the USA and making headlines daily. As I checked into the Trump SoHo late this summer, I wondered what effect his presidential run would have on our stay at one of his most well known hotels. Turns out the answer was none. It was clear that love him or hate him, the Trump properties are simply completely different entities from the political campaign. In fact, as we settled into the Trump SoHo, it was easy to see that if any Trump had a say in this hotel, it was Ivanka. 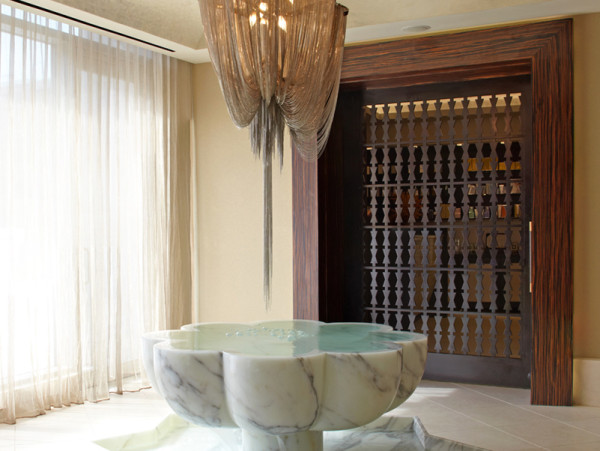 But would the Trump SoHo in all its glory and style be welcoming to a mom and her two kids? That was left for us to find out.

First the logistics. The Trump SoHo is located as you would assume in Manhattan and South of Houston, hence SoHo.  What I loved about it was that we weren’t stuck in Times Square. I love New York as much as the next person but find that staying in or near Times Square tends to overwhelm my kids and makes things like taking time to chill out a little more difficult.

The property has valet parking and you will likely need to use it if you drive into the city. Overnight parking around the hotel is hard to find.  Since the hotel is close to the Holland Tunnel, it also becomes difficult to navigate around the tunnel traffic at specific times of the day. I gladly handed over my keys to the valet team and did not request them back until the morning we were leaving Manhattan. When we headed to Times Square, it was an easy under $10 cab ride or about 15 minute subway ride.

The lobby of the hotel is gorgeous. Stylish people sip cocktails and enjoy the onsite restaurants which include Koi SoHo, a contemporary Japanese restaurant and Bar D’eau, the poolside lounge. 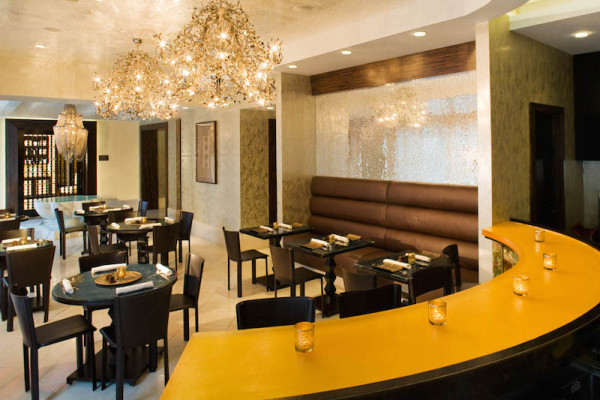 Check-in was a breeze and within minutes the kids and I were in a junior suite on the 40th floor enjoying the most incredibly view of the Hudson River I have ever seen. 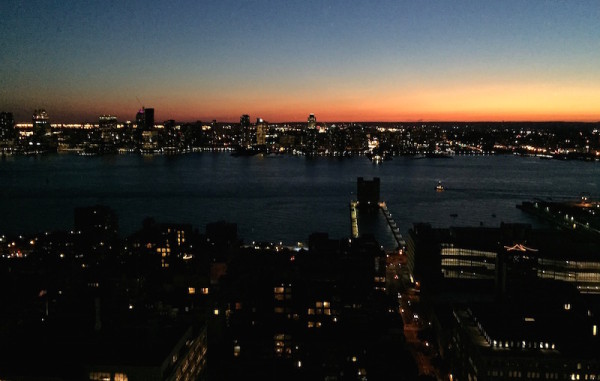 A surprising feature of the Trump SoHo is the size of the rooms. Even the rooms that aren’t suites are quite a bit larger than you expect compared to other New York City hotels. The three of us had plenty of space, a huge tub with a killer view and room to lounge after a long day of exploring the city. 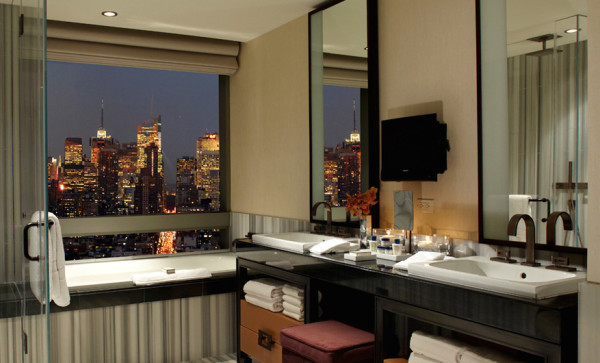 Although I had grand plans to dine out the whole time, more than once we were too exhausted and decided on room service. The kid’s menu offered healthy and delicious options. Everything I tried off the regular menu was fantastic.

I’m a huge fan of pools especially when traveling with kids and was glad the Trump SoHo had one. The pool is located on the 8th floor near the spa. Although having my two with me meant no spa time, I did sneak in a quick tour and was really impressed. The spa was designed by Ivanka Trump and is a true Hammam spa. Her travels influenced the design of the spa and it really is like stepping into another world. 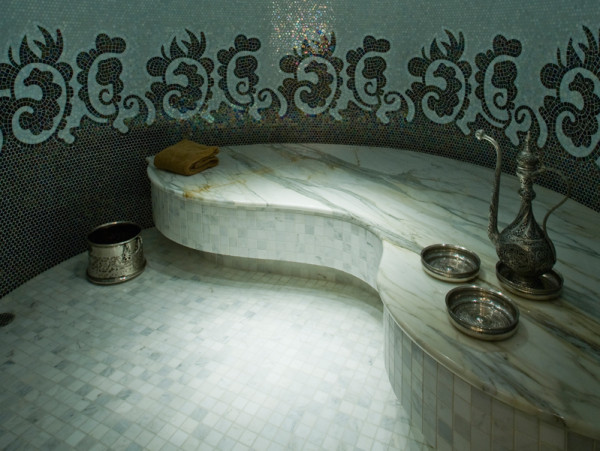 The pool itself is on the smaller side but even with about almost 20 kids in it there was plenty of space. The deck itself is well designed with plenty of cosy seating. After long days of walking in the heat, it was nice to have somewhere to refresh and relax. We enjoyed the pool most nights and often between 4 and 7 found it filled with kids staying at the hotel. There were quite a few points during the day where the kids also had the pool to themselves. A nice touch is the on-duty lifeguard who in our experience was great with kids and a lot of fun. 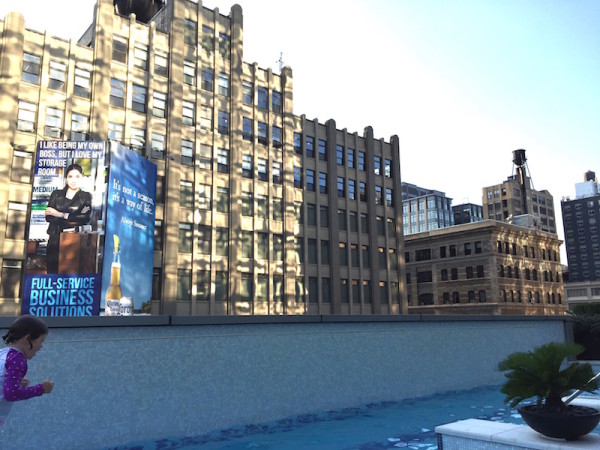 The food and service by the pool are impeccable. Charlie loved cuddling up in her Trump Kids bathrobe after a swim and enjoying the chicken and avocado sandwich of the children’s menu. There are more traditional kid’s options too which Will preferred. Like the Trump Miami, the Trump Soho also happens to make a fabulous Mojito. 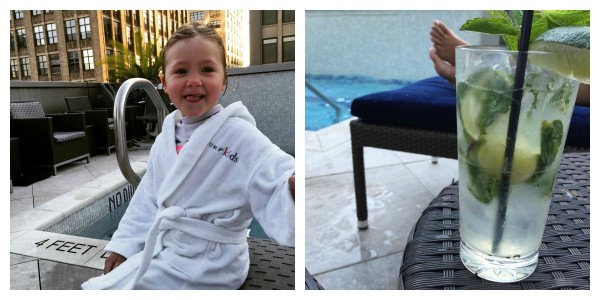 The location of the Trump SoHo is incredible. Located amongst New York row houses and close to Little Italy and Sullivan street, we found plenty to do within a few minutes walk of the hotel. The area felt incredibly safe and its a location I would choose again. Our favourite finds in the neighbourhood included Ladurée SoHo, where we indulged in traditional French macaron and the best hazelnut chocolate cake I have ever tried, and Piccola Cucina whose lasagna is enough to head straight back to New York City for. 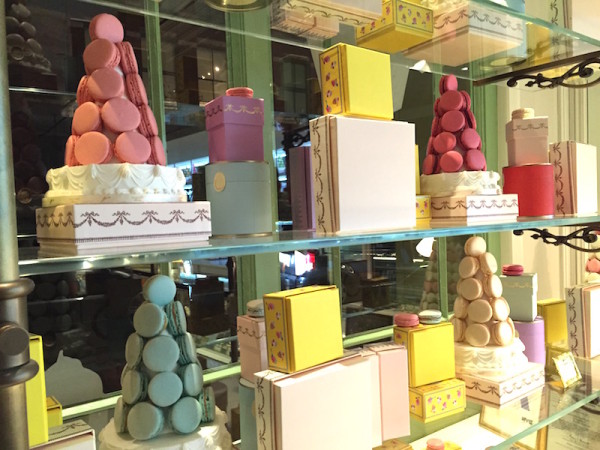 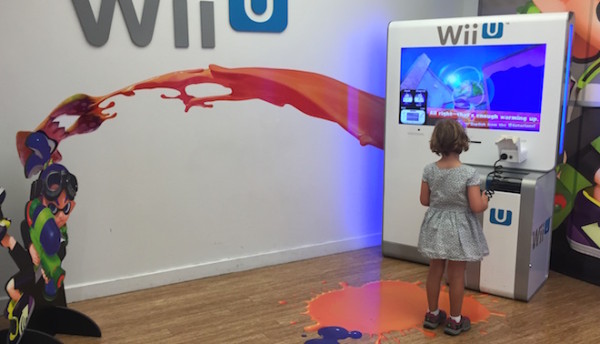 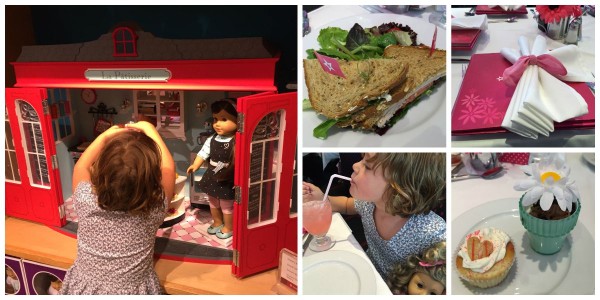 Our stay at the Trump SoHo will be remembered fondly by myself and the kids. They loved the Trump SoHo’s attention to detail that surprisingly included them. Child size robes and a cookie decorating station in the room made them feel recognized in a big city. They ever received  business cards as they were inducted in the Young Entrepreneurs SoHo program that is part of the larger Trump Kids program. 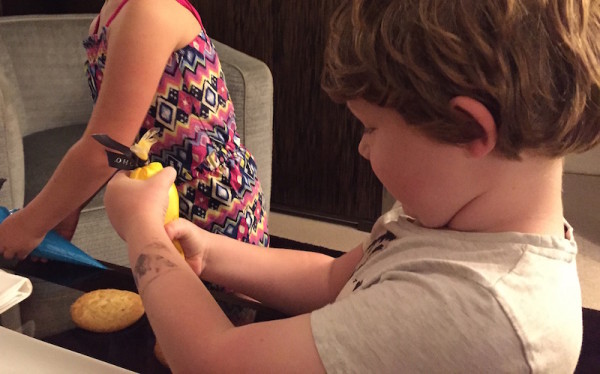 The program is set up for kids who stay at the hotel as well as kids who live in the neighbourhood. Membership includes invitations to cookings classes and beauty days  at the Trump SoHo as well as other perks like in-room DVD selection and the ability to borrow a gaming console.

Although you may find the Trump SoHo slightly intimidating if you arrive on a Friday night with kids, you’ll soon learn how welcome they are at the hotel and be joining in on the fun of the pool deck or in the Library where you can enjoy a cocktail and the kids can chill out in style. 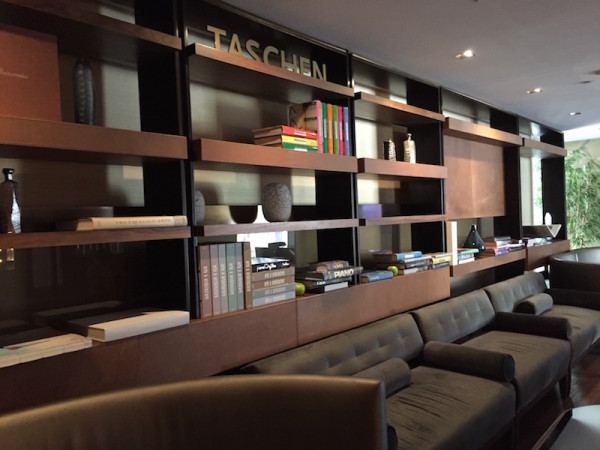