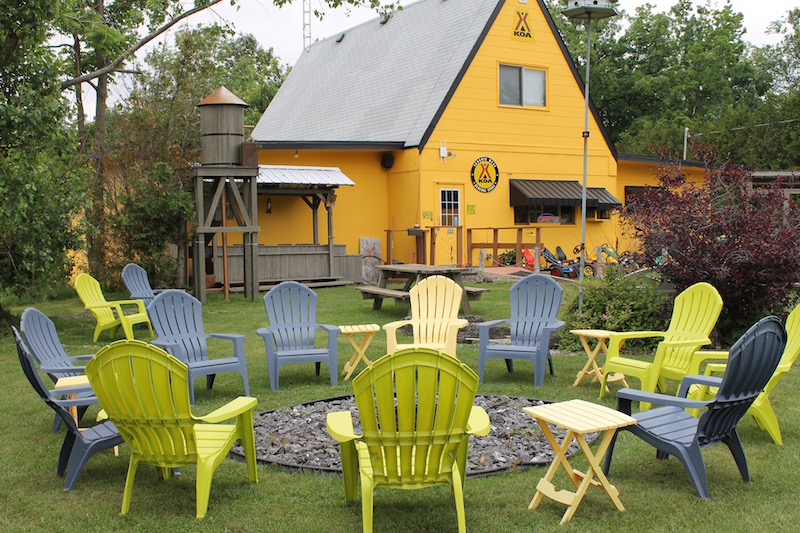 Let’s be honest. Probably not the site you expected to find a camping review of any kind. Here’s the thing: As my kids are getting older, the reality of travel is that they want to experience different ways of traveling. Gone are the days of only staying at 5 star resorts and here is the reality that for less money we can travel a heck of a lot more and they can chose their own types of adventures.

I was introduced to Toronto West KOA at an event and politely explained in clear terms that I don’t camp. They asked me to give them one shot to prove them wrong. I am so glad I did.

Technically, Toronto West KOA is not IN Toronto. You do need to actually head West of High Park before you can really say you went camping. Toronto West KOA is located off Highway 401 in Campbellville, Ontario. We left downtown Toronto at 6 pm on a Friday night due to our excellent planning skills and still managed to make it to the campground in under an hour.

Pulling into the Toronto West KOA, I started to get a little nervous. I have driven by thousands of the KOA yellow signs and never once thought to stop and see what they were. We pulled into the registration parking and headed inside the Kamp Store to see what we were in for.

My first impression of the Toronto West KOA was that the staff clearly loved this place and wanted me to like it. They were welcoming to the kids, pleasant and pleased as punch to have us there. I watched other families check in and receive the same treatment. The staff genuinely wants you to enjoy your time and are available at all times in case you need anything.

The next morning, as Will and Charlie played in one of the onsite playgrounds, a kind man with a KOA shirt came over to chat with the kids and me. About 10 minutes into the conversation, I figured out he was the owner of the Toronto West KOA. He spoke with passion of the progress the Toronto West KOA had made and toured me around the soon to be completed new bathrooms and washing facilities. I immediately got the impression that this man and his family were making a long term commitment to make Toronto West KOA a fixture for families in Toronto looking to experience a night or weekend of camping. 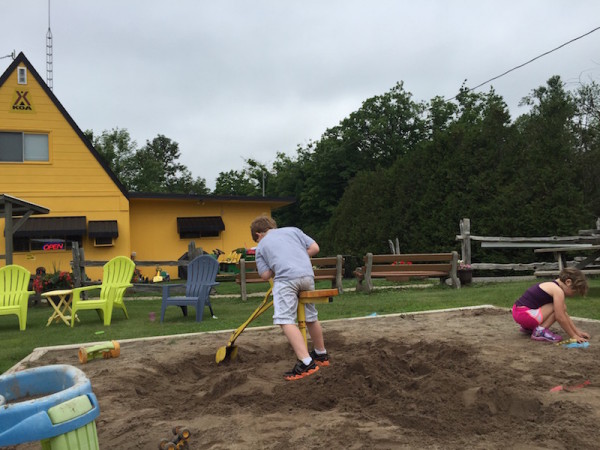 By now you may have pictured me surviving a night in a tent with my kids. Let’s go back a second and I’ll be honest; We checked into a KOA Deluxe Cabin. Is it technically camping? No. Still, it was really awesome. 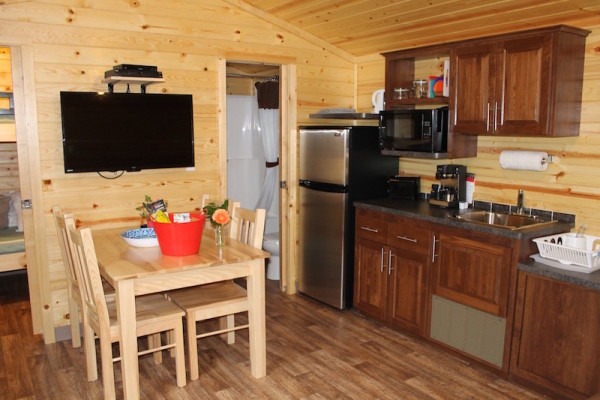 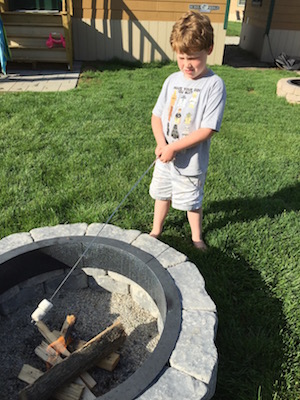 The KOA Deluxe Cabin is equipped with a bathroom (bathtub included), a small kitchen with fridge and microwave and two bedrooms. The kids loved it and so did I. We had a lovely space outside with a huge dining table, BBQ and fire pit perfect for making s’mores and roasting hot dogs.

At night, we were able to sleep in a comfortable bed for me and bunk beds for the kids which they adored. There was satellite television, an air conditioner and luxury bath soaps.

It is the perfect introductory step into what I believe will be a lot more camping. The cabin was spotless, everything worked perfectly and its was still cozy enough for some quality family time spent playing board games and telling scary stories.

What I Learned at Toronto West KOA

I never imagined we would choose camping as a mode of vacation and I learned quite a bit staying at Toronto West KOA.

First, there are a lot of reasons to choose to stay at a KOA Kampground. From the moment we arrived, my kids were out and about making friends. Cars on property understood that this was a family campground and stuck to the speed limits and designated roads. The kids had the time of their lives making friends, doing crafts and participating in the daily free activities with the social coordinator. I made a few new friends who were great to chat with and enjoyed getting to know the other parents. As much as we meet people at hotels, this was a very different social experience and one we really enjoyed as a family. 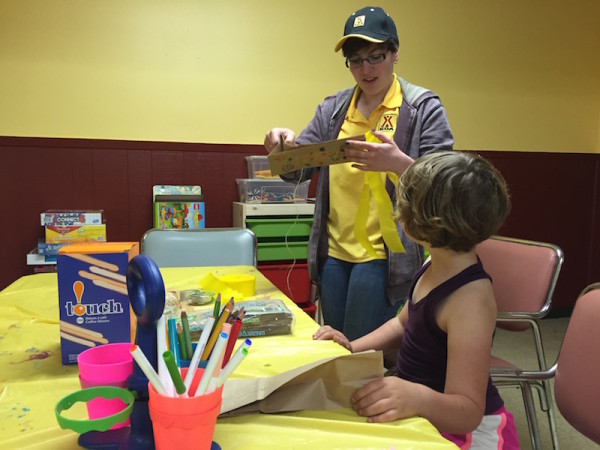 Second, I imagined camping would involve heading to a store like Mountain Equipment Co-op and spending a lot of money. I loved being able to try the Toronto West KOA without have to gear up before knowing if we would even like camping. Although, I am not running out to buy a family tent just yet, I have been researching travel for this summer and as much as I have looked at hotels, I have done similar searches to see if there was a KOA Kampground nearby.

Third, as much as I thought I would need the included wi-fi and television, I am glad we hardly used both. The kids never asked to watch TV and very early on I realized I would rather hang with my kids and our new friends then hide away and work. It was nice having technology but being onsite made me realize that time with my kids was simply not worth missing. 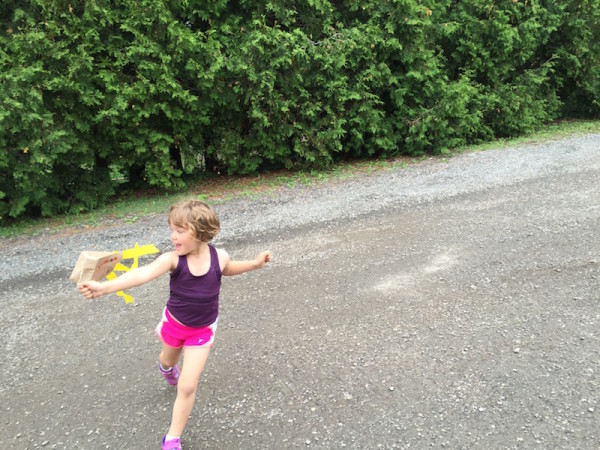 Fourth, and this is a biggie, I learned that if you find a cute little candle like thing in a paper cup in the Deluxe Cottage it is likely a fire starter for your firepit and not a candle.

Finally I learned that we probably could tough things out in a tent and have a really great time at Toronto West KOA. Realistically, I would continue to book a Deluxe Cabin in order to avoid buying a tent and setting it up myself but I could see the value in spending less money if you have the equipment and still having access to the pool, the playgrounds and all the great KOA programming.

What is There to Do at and Near Toronto West KOA?

Onsite, there is a large family pool, two playgrounds, large fields, a pond for exploring, crafts, scheduled activities for families and movie nights. 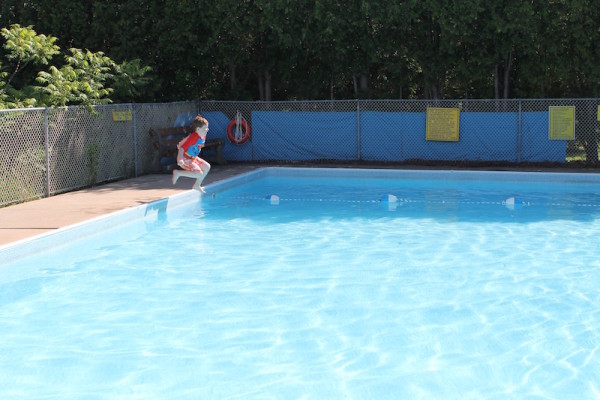 On Sunday mornings, there is also a pancake breakfast where all proceeds go to KOA Care Camps, KOA’s charity wing that provides specialized camping experiences for children fighting cancer and their families. 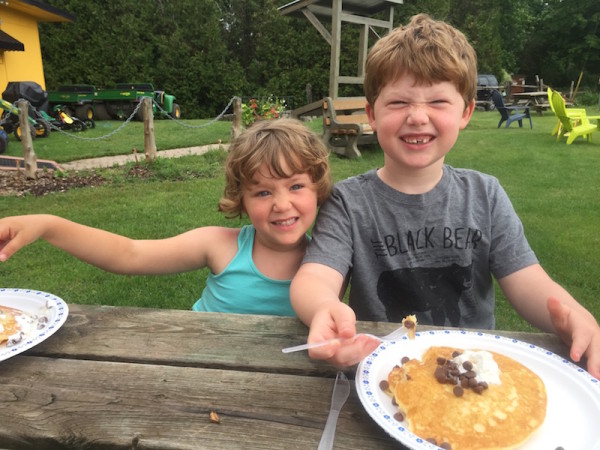 Nearby, there are a lot of activities that I was actually stunned by when we began exploring. Here are my favourites: 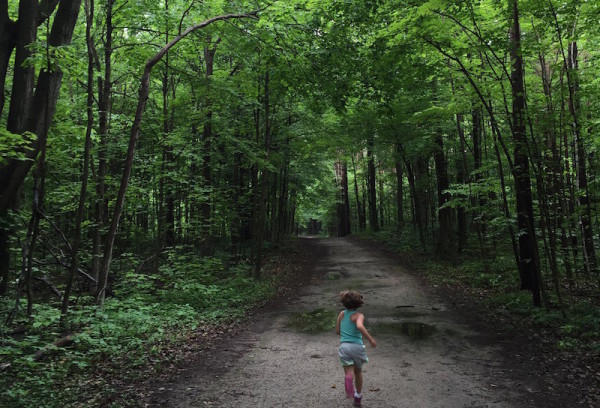 To say Toronto West KOA surprised me is an understatement. I would add that it taught me a lot about the things that are so close to home that we don’t often get outside to explore. Having spent two days at Toronto West KOA, we have decided to return to see some of the things we didn’t have time to see which includes 5 other conservation areas all located within 15 minutes of the campground. 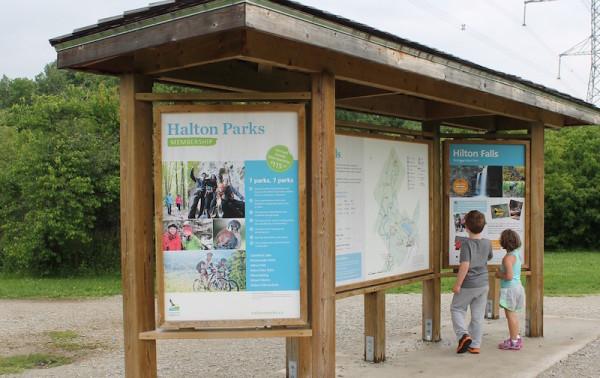 I truly recommend checking out the Toronto West KOA and heading there for some quality family time. Besides the Deluxe Cabins, there is nothing overly luxurious but your face will hurt when you leave from all the smiling you have done.