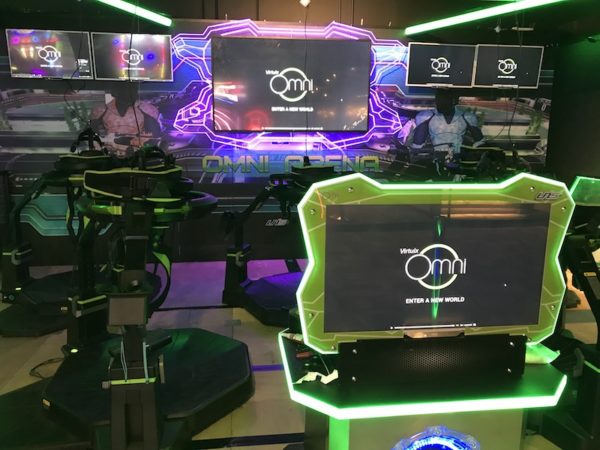 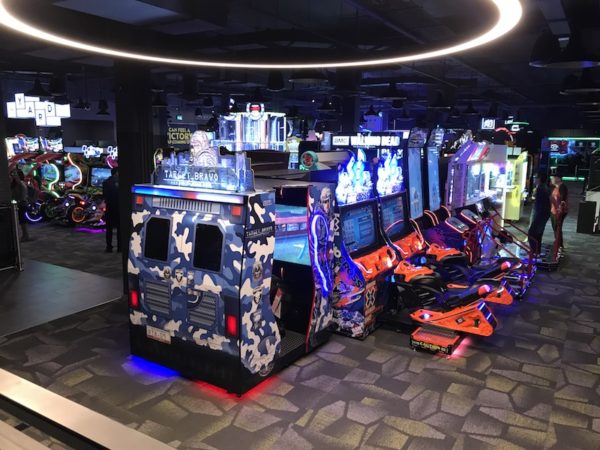 At first glance, I really had no idea what to expect. Within moments of entering, a staff member welcomed me and the kids. He then explained how The Rec Room Calgary works. All of The Rec Room locations operate using RFID bracelets (Radio Frequency Identification) for game credits or food and drinks. You can load your bracelet with a certain amount of credits. All tickets earned are also stored electronically on your bracelet. Once slight snafu for families is that you cannot buy a credit package and divide it onto 2 or more bracelets. Thus, if your kids each want a bracelet, it will cost you a little more than someone else buying the same amount of credits. The “tickets” you earn for prizes are also tied to one specific bracelet and cannot be combined or transferred. 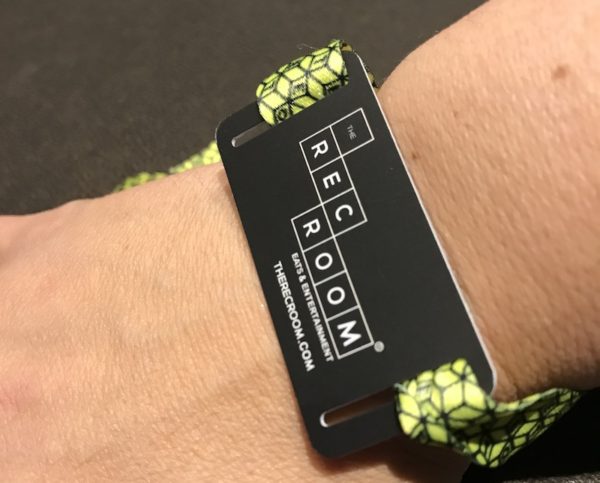 That being said, the Rec Room has some incredibly cool features you won’t find in any regular arcade.

I’m a gamer at heart. I was pleased to see a return to some traditional video games at the Rec Room Calgary. With over 80 video games from a giant Pacman game to a super fun Mario Kart set up, my childhood quickly returned to me. 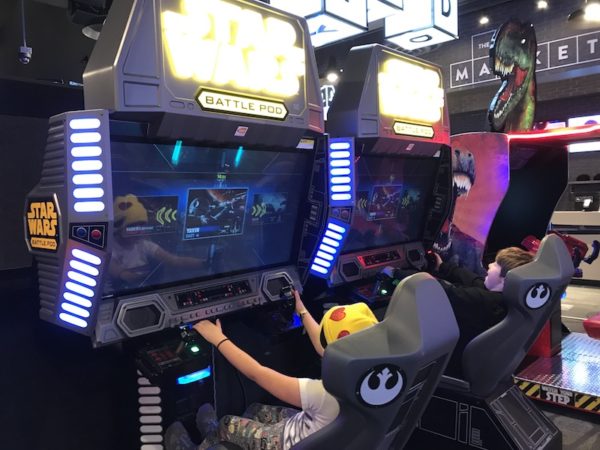 While my kids tried newer games, I spent most of my credits reliving my youth and playing Star Wars pinball. It was fun to share this experience with my kids. 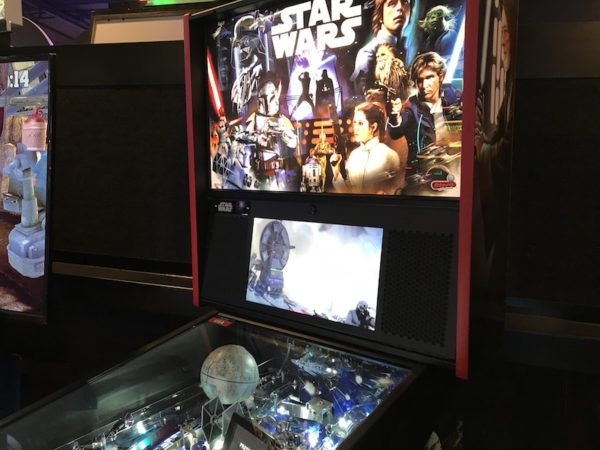 While I pondered my future as Canadian pinball champion, my kids headed over to the augmented climbing wall. Standing 12 feet high, the wall is hard to miss. You have the choice of 4 games: Whack a Bat, Sparks, Climball and Augment Problems. My kids mostly stuck to Whack A Bat. I couldn’t resist trying it and had to admit through my exhaustion that the wall was incredibly fun.

Redemption Games and The Trophy Case

As a mom of two kids, I hate stuff. Hate it. There are so many times we come home with more “stuff”. Things no one needs and no one particularly remembers when I sneak it out of the house. I was a little weary to let the kids play redemption games or as I call them “ticket games” because I frankly don’t need any more stuff. That was until I wandered into The Trophy Case on my own. Once I checked out the incredible prizes from Star Wars socks to legit home goods, I found myself swiping into the ticket games to help bring home one of the really cool prizes waiting to be won. 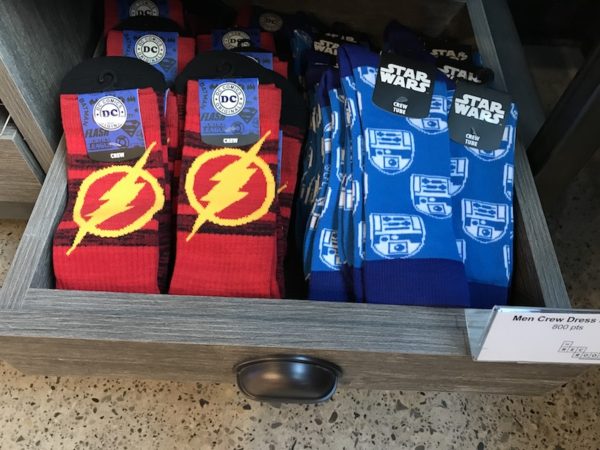 If I asked you to name an arcade with decent food, I bet you couldn’t. Greasy pizza and frozen foods dropped in a fryer tend to rule the gaming scene. Thus, I was intent on trying the food at The Rec Room Calgary before writing this review. 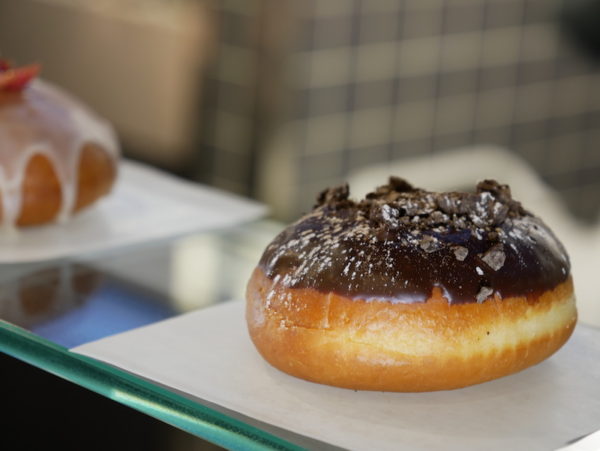 My nine year old dug into a smoked brisket poutine while I enjoyed a roasted beet salad paired with a perfectly chilled sauvignon blanc. During the meal, it occurred to me that I would eat at The Rec Room without gaming. My kids wouldn’t admit the same as they begged to return to the games.

All in all, I was incredibly impressed by the Rec Room model and the Rec Room Calgary. I’ve visited three times in total and am as impressed by the staff as I am the gaming and food. The staff is trained in gaming but seems to have been handpicked due particularly to their enthusiasm. Not once have I seen a staff member who doesn’t look happy to be there. 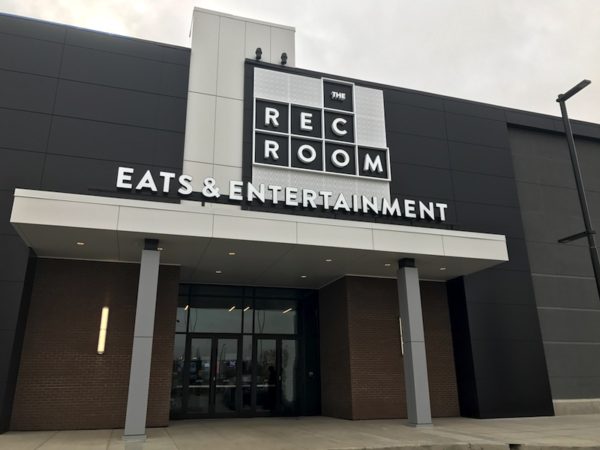 I was an invited guest of The Rec Room Calgary during their opening event. I have attended two other times on my own, once before and once after the opening. My opinions are my own.