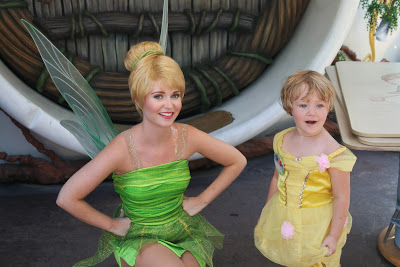 When I look back on our most recent trip to California, the images I will remember most are those of Charlie and Will with the Princesses at Disneyland. Not every princess was great and not every moment was memorable but there were some select princesses and a few incredible fairies that really took the opportunity to help a 3 year old and 5 year old believe in fairy tales. Here are the moments best described by photos. 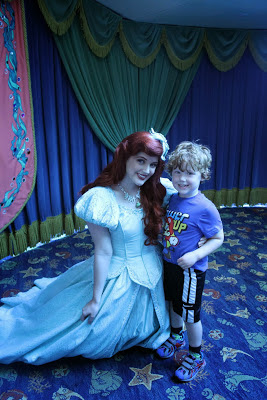 Ariel was surrounded by little girls and the Disney photographer kept pushing Charlie into the pictures. Ariel without prompting surprisingly turned to Will and asked if she could meet him. He was thrilled and this picture is a great memory of her recognising that he needed attention too. Thanks Ariel!

Tip: Ariel is easily found at Ariel’s Grotto in Disney’s California Adventures as well as in Fantasy Fair at Disneyland.

Tinkerbell was incredible with Will and Charlie. She talked to them about adventures and her fairy world and really made an impression on them both. She threw in a few hilarious princess comments for the adults in the crowd and generally was a gem in the Disneyland cast.

Tip: Tinkerbell is found in Pixie Hollow which lies at the foot of the Matterhorn Bobsleds in Disneyland. This area is not well marked and it is very deceiving as you cannot see her or anyone from the outside entrance. We stopped by a few times to say hello and found at least two fairies just waiting for visitors. 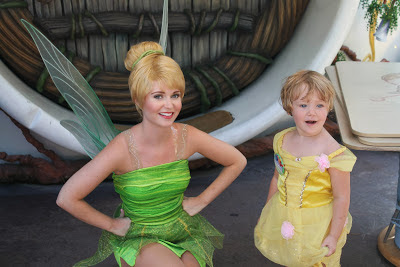 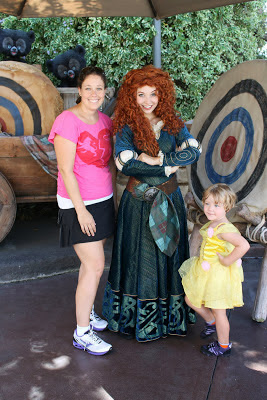 Merida- Disneyland outside of It’s a Small World

Merida was one of my personal favourite princesses because she welcomed every kid she saw with a believable excitement. Her area was interactive with her three bear brothers behind her getting in on the action. She really took the time to talk to Charlie about the importance of being an individual and how neat it is to be a princess who does things for herself. She knew which Disney message she was representing and she played the part very well.  She even taught Charlie to stand “tough” for the photo.

Tip: Merida is found daily outside of It’s a Small World in Disneyland.

Belle was definitely the most traditional princess we met and Charlie was blown away by her. With the other princesses Charlie would chat and laugh but she truly didn’t utter a word when she met Belle. As any good princess would know how to do, Belle filled the gaps and made sure they had a memorable meeting.

Tip: Belle is most likely to be found in Fantasy Fair at Disneyland or at Ariel’s Grotto for the princess lunch. We visited Fantasy Fair and a Disneyland cast member ran up to us and told me that Belle would be available later that day. I think he recognised Charlie’s dress and thought we would like to know. I was touched by the gesture. 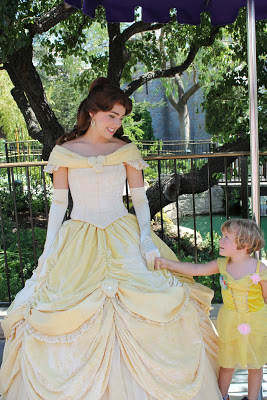 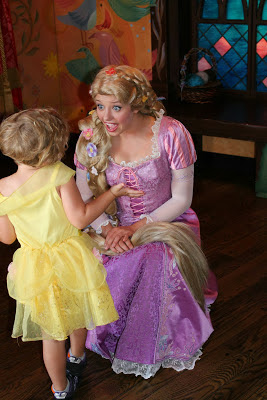 Rapunzel won both mine and Charlie’s hearts by being the friendliest and most interactive princess I have ever met. She listened to Charlie’s story and showed more enthusiasm than I thought any of these princesses could muster. She was fantastic and fun and asked a ton of questions. Charlie still talks about her incessantly.

Tip: Rapunzel is found next to the Pinocchio ride at Disneyland. She also has her own show in Fantasy Fair. If your children are astute, be careful of visiting Fantasy Fair right after seeing Rapunzel or before. Will very quickly recognised that there were two Rapunzels within 30 feet of each other.

A Magical Day with the Princesses at Disneyland

A big thank you to all the princesses at Disneyland pictured above for helping to add to our incredible Disneyland Adventure. Many people have asked if Charlie at 3 was still a little young to enjoy Disneyland and the reality was that although she wasn’t tall enough for every ride, she was young enough to still believe in the magic the park offers. For more on what I believe is the perfect age for Disney click here.

The best day Charlie had at Disneyland was when we went and met the princesses and its a day none of us will forget anytime soon.