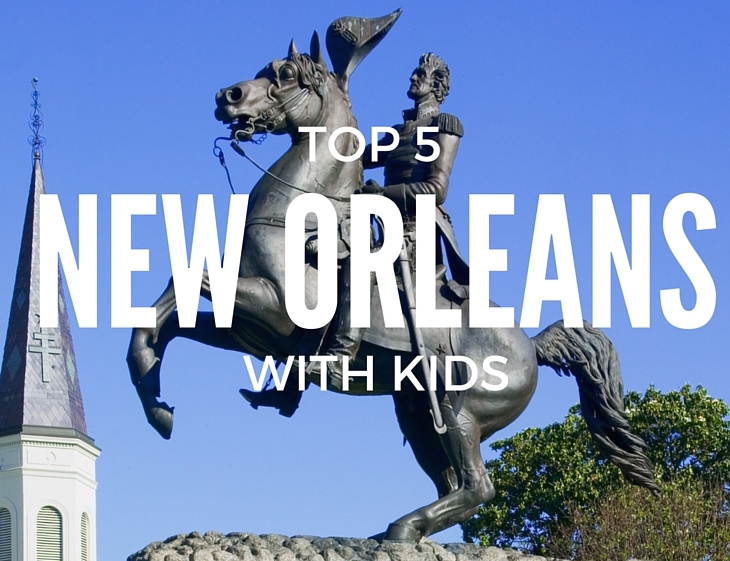 Even though we left Toronto 20 days ago, it didn’t feel like we were that far from home until we passed Florida. As we entered states I had never been to, the road trip became even more of an adventure. New Orleans had alway been a city I had hoped to visit and as we pulled into town, I could not contain my excitement. The kids were unaware of the rich history of New Orleans but I tried my best to explain what I knew of the town. I also wondered what there was to do in New Orleans with kids. Turns out there is quite a bit. Here are my top 5 activities to do in New Orleans with kids. 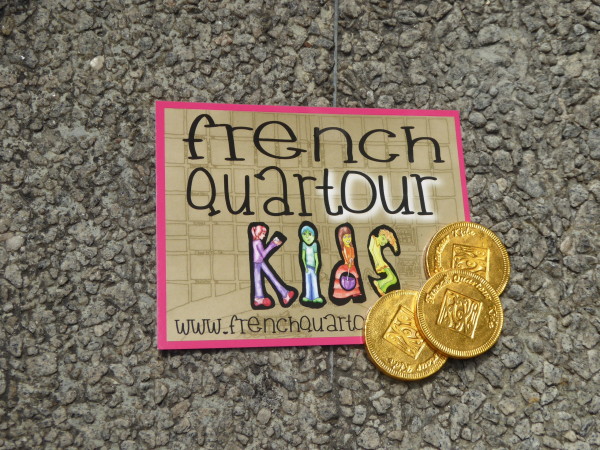 On my first day in New Orleans, I took the kids to the French Quarter. We ate beignets, went to a few shops and had a delicious lunch. Still, I really wanted to figure out a way to not only teach them about the French Quarter but learn more about it myself. I took to twitter and immediately Visit New Orleans came up with the perfect solution: French Quartour Kids.

French Quartour Kids is a tour owned and operated by Jill, a former Kindergarten through Grade 8 teacher. Jill is enthusiastic and great with kids. The tour kicks off at the Mississippi River in the French Quarter and heads into the historic district. What impressed me most about this tour was how each era of the neighbourhood was covered in detail but in a way understood by children.

Sitting outside the building that used to be the Slave Exchange and watching my children’s faces as they learned about this terrible piece of American history, I felt like they finally understood what I had spent the previous two days trying to explain. Jill also discusses gross stuff that kids love like chamber pots and bloodletting but all in a way that is unbelievably perfectly targeted at kids 6-12. 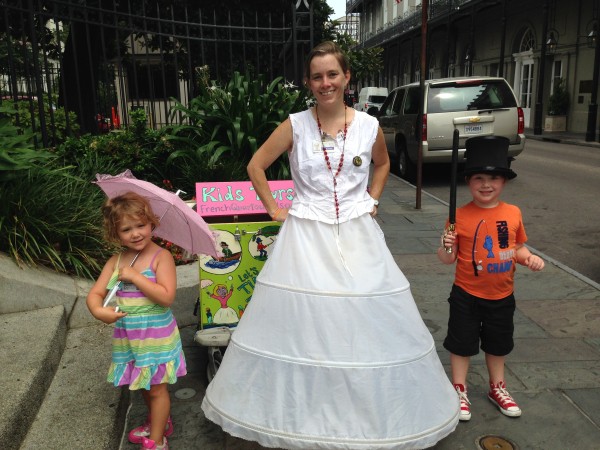 The tour is only $20 per person with children under 6 being allowed to come along for free. Its definitely the ultimate bang for your buck.

2. The Audubon Butterfly Garden and Insectarium

Speaking of gross stuff, the Audubon Butterfly Garden and Insectarium in New Orleans is awesome. Close to the French Quarter, the insectarium is a small museum full of really big bugs. The highlight of the museum is Bug Appėtit where bug chefs teach your kids all about the value of eating bugs and then cook some up. We tried cricket cookies which were utterly disgusting. 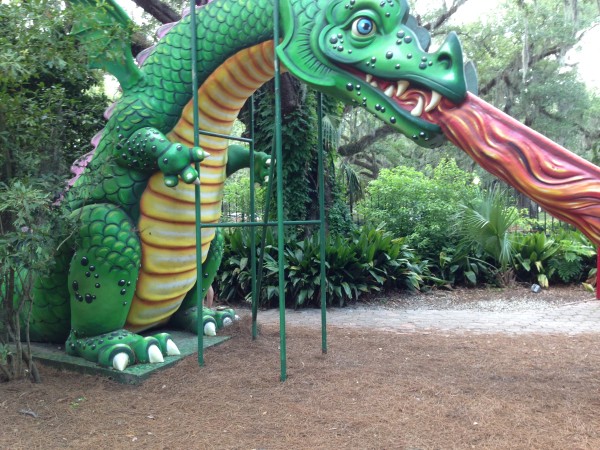 I read about City Park before heading into New Orleans and knew I wanted to go.  The park is a huge 1300 acre park containing the New Orleans Museum of Art and Sculpture, a botanical garden and sculpture garden, a small amusement park, mini putt and the piece de resistance, Storyland. We went to actually see Storyland, we stayed because we were having a blast throughout the park. Storyland is a small area within the park created by the same people who make the Mardi Gras parade floats. Sculptures that your kids can play in and on tell the stories of their favourite storybook characters. The park is shaded and has a really great feeling to it. Its small enough that the kids can run around with getting lost but still worth seeing. Attached to Storyland is Carousel Gardens Amusement Park. This is the perfect sized park for little kids. The center of the park is a gorgeous antique carousel that takes you back to a simpler time. There are also slides, rides and lots of fun to be had. We had no problems being a family of three at this park and were easily able to ride every ride. 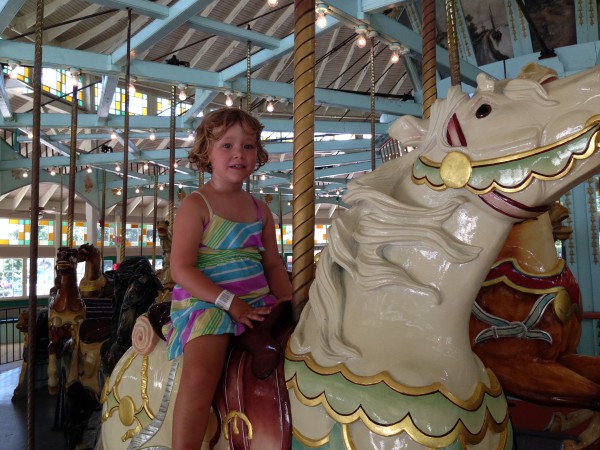 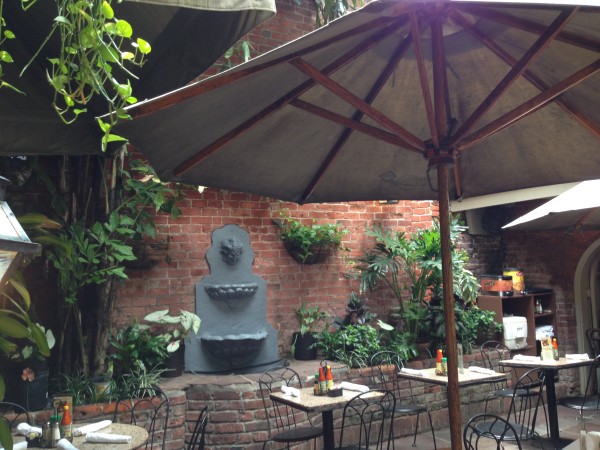 Before you head to New Orleans, make sure your kids watch The Princess and the Frog. Once they learn about Princess Tiana’s famous gumbo and beignets, they may want to try them themselves. Although Cafe du Monde is the most famous beignets haunt in New Orleans, I can attest that every ounce of fried dough I tried in New Orleans was equally delicious. I also suggest making a stop at the Gumbo Shop in the French Quarter. Gumbo Shop is a small restaurant with a nice secret garden out back. While we were eating, lots of families came in to enjoy true New Orleans cuisine in a great atmosphere. Parents chatted about how great the gumbo was and most of the kids loved it. Will stuck to his tried and true grilled cheese sandwich and I was glad the option was available for less adventurous kids. 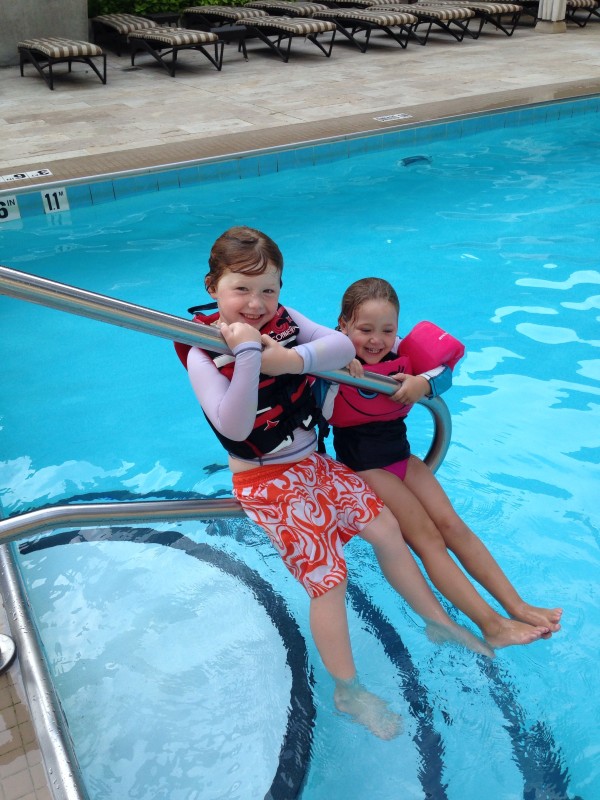 We stayed at the Hyatt Regency in the downtown core near the Superdome. It turned out to be the perfect location for families. Each afternoon, we rushed back to the hotel and cooled off in the gorgeous pool. We loved being able to have dinner and ice cream each night and talk about our day. It was very hot in New Orleans and I can’t recommend enough booking a hotel with a pool. Tip: Some hotels with pools offer day passes to people not staying at the hotel. The Hyatt does not. This fact meant it was quieter and more family friendly than most. I also enjoyed the added safety feature of knowing you needed a hotel room key to access the area.

We could have stayed in New Orleans for a lot longer and not gotten bored. The kids loved it as much as I did and we all decided to commemorate our time in the city we would become New Orleans Saints fans. Who dat.