We arrived in NYC this morning to perfect weather. As always, our flight on Porter Airlines was on time and easy. Will was treated wonderfully in the airport and on the flight. The only issue we encountered was not being able to move to an earlier flight. This is due to the fact that when booking a Porter Escapes vacation package you are given the lowest fare category cost. Truth be told, even if we had booked the hotel separately, we would have chosen the lowest fare.

Once we arrived at Newark Airport we decided to take the train to NYC. This for Will was an adventure but quite tiring. The trains are old to say the least and not very passenger friendly but it is a safe way to get from point A to B without a car seat or booster. Once we arrived at Penn Station, we headed to our hotel.

We are staying at the Hilton New York which is located in Midtown. The only thing about this hotel that resembles a Hilton is the logo on the outside. The rooms are clean and somewhat modern but quite small and the hotel amenities are what you expect of a less expensive chain. The wi-fi is actually quite good and the lower priced option works really well. In the end, the location is great but the staff and accommodations aren’t much to write about. 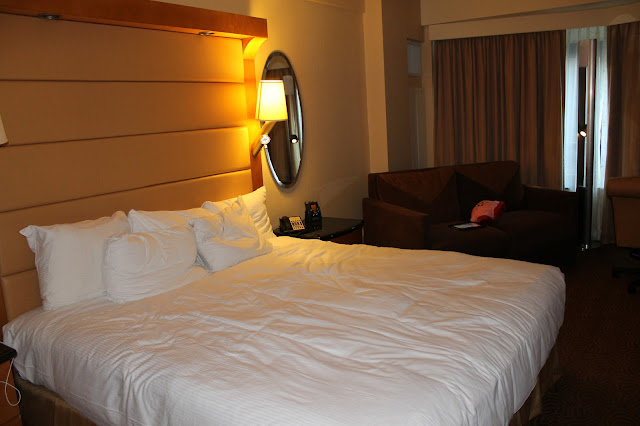 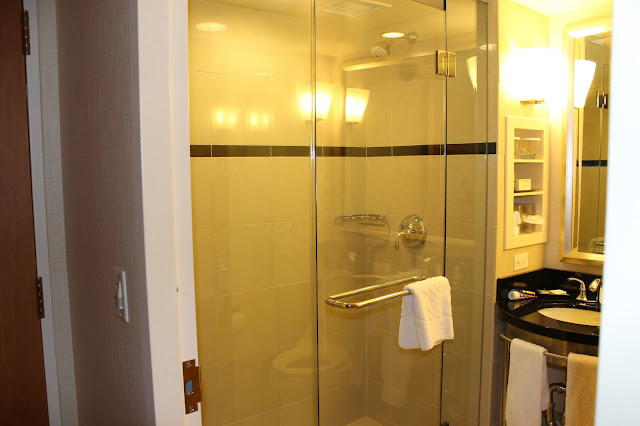 The first thing Will wanted to do in NYC was eat pizza and while wandering around Rockefeller Center we found Harry’s Italian in the basement pathway. There is no seating in this location but plenty of chairs nearby in the food court. As I could have guessed from the line up of local employees snaking through the restaurant, this pizza was really good. I was worried it would be too different from the normal chain pizzas for Will but he also loved it. Our only regret was not ordering extra slices. Harry’s has three locations including a full restaurant which I’m sure would please almost any pizza loving kid. 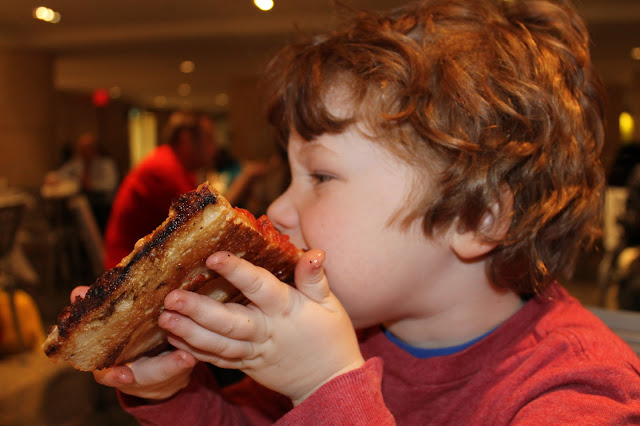 After our quick lunch, we were off to Will’s big surprise. As a Nintendo loving kid myself, I decided not to tell him about the existence of the Nintendo World Store and to just take him there. As we rounded the corner and he saw the sign, it took a few seconds for him to realize that we had found the mecca of Mario loving kids everywhere. After that he burst through the doors and smiled like a kid on Christmas morning. The Nintendo store is interesting as an adult. It is essentially the same model as the Apple stores but featuring Nintendo games and merchandise. At first we ran around the store trying all the different consoles but then Will settled on a Nintendo DS and was able to try numerous games. 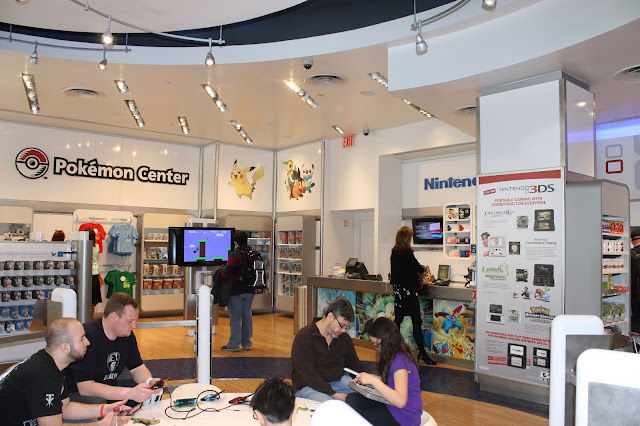 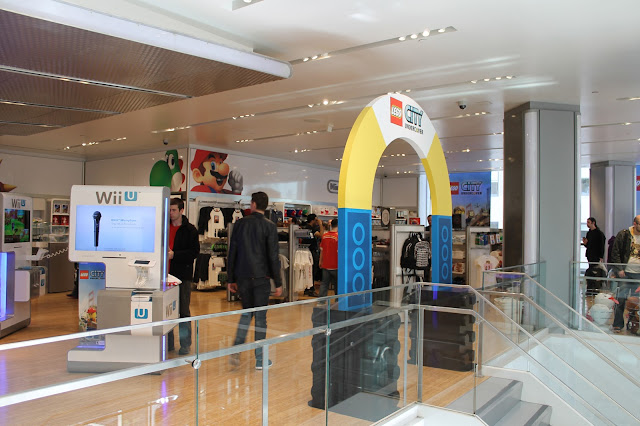 We actually visited the Nintendo store twice today, once in the early afternoon and then again after dinner. If we had only visited once, my review would have been somewhat different. First, the store was practically empty the entire time. On our first visit, the only time the staff spoke to us was to tell me I wasn’t allowed to sit on the floor. We had some questions about Wii U games but no one would give us the time of day. Will still had a lot of fun but if you are looking to purchase anything, the staffing could be an issue. Still, we returned after dinner to do a little more exploring. This time the store was a little busier and the staff was incredible. From what I could tell, it was mostly a different staff from this afternoon besides two people and they were far more engaging. One staff member was helping kids try out new games while another one had a great talk with me about how to actually work our Wii U. If you have a Nintendo loving kid or if you were one yourself, this store is not to be missed. If you only know Mario and aren’t that interested in the tiny plumber, this might not be a necessary stop for you. 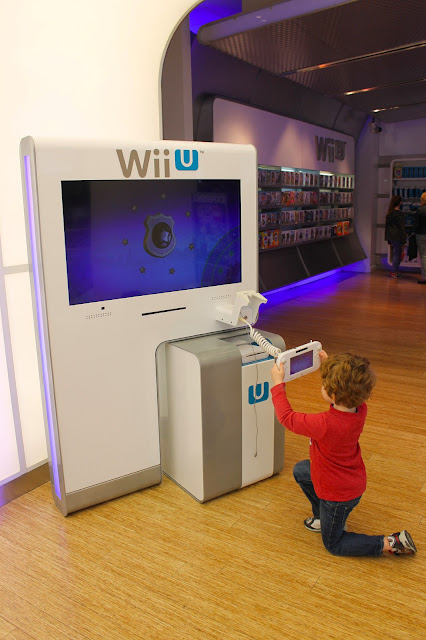 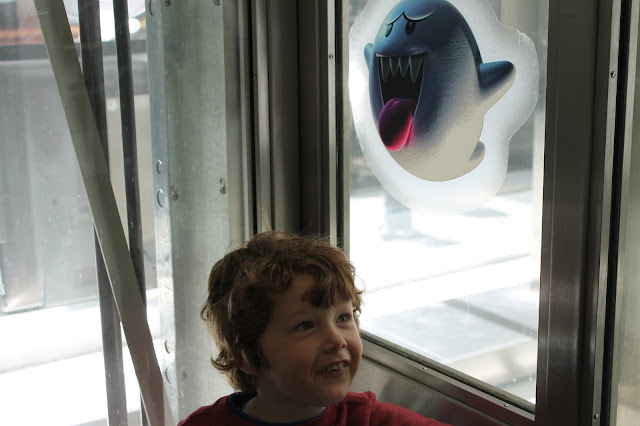 If you are a self-proclaimed Nintendo geeks like myself make sure to check out the museum on the second floor which is a tiny section devoted to consoles and games Nintendo has made. I had a blast showing Will the original Nintendo and explaining why Duck Hunt was actually a really fun game. He was interested to see the different models and it gave him a better appreciation of the history of Nintendo.

One final note about the Nintendo store is that there is no pressure to buy and no forced time limit for how long you stay. We spent at least an hour there both times and not once did someone pressure us to buy anything or make us feel uncomfortable. This was a very appreciated touch.

After all that excitement, I wanted to find a place we could sit down and enjoy dinner together. Particularly, I wanted to ENJOY dinner. Google came to the rescue with a great suggestion that appeared in almost every recent article about where to eat with kids in New York. Blue Smoke is a BBQ joint and jazz bar located at Park Avenue and Lexington. We arrived early for our reservation but the place was empty so we were seated right away. Within about ten minutes the restaurant began to fill up with local families, singles and after work drinkers. I was quite surprised by the eclectic mix but realized quite quickly how well it was working for the establishment. The kids in this restaurant are treated like royalty. Instead of boring crayons kids are given Wikki Stix with an idea sheet and a fun pig silhouette to make with the stix. Will was incredibly amused from the start. 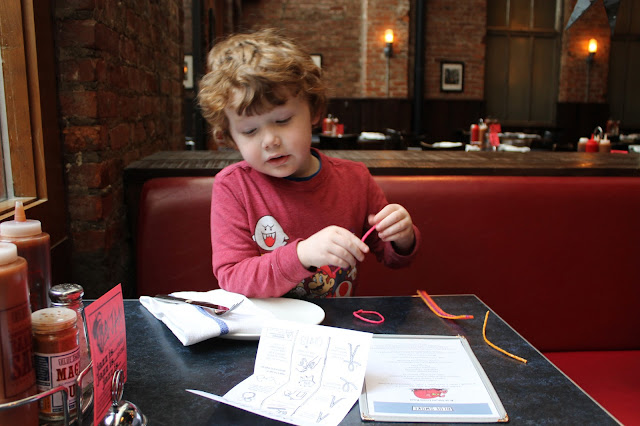 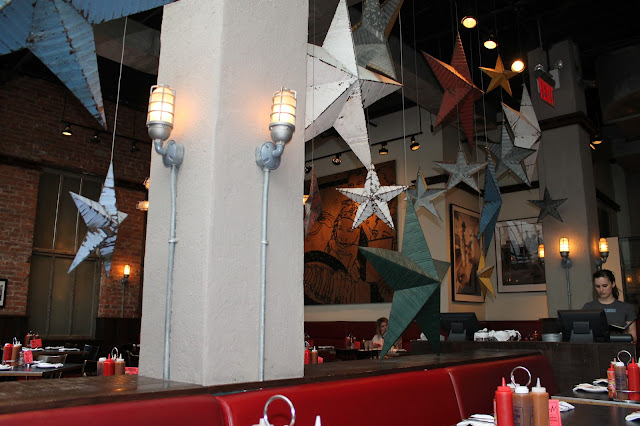 Once we had settled in and ordered someone from the kitchen brought Will a raw cookie shaped like a pig and some sprinkles to decorate it with. The cookie was presented to him in a to-go bag on the way out of the restaurant which was an incredibly nice touch. 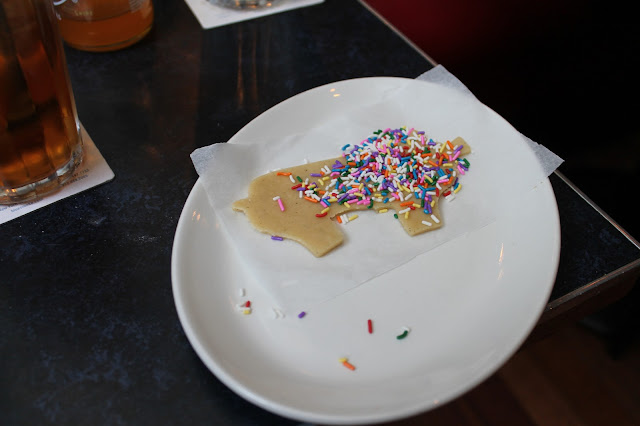 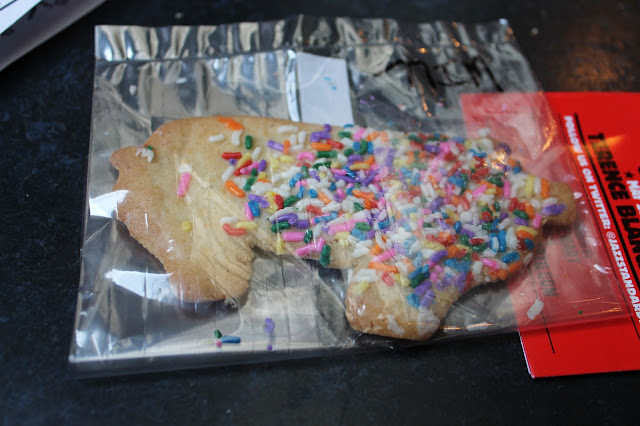 So now you are wondering, how is the food? It is fantastic. The food at Blue Smoke consists mostly of a BBQ menu and you can smell it as soon as you walk in the door. Two great things for parents are that the menu denotes everything that is nut free and the kids menu has normal kid choices as well as smaller portions of the grown-up food such as ribs and the daily vegetable offering. Seeing we had walked all around NYC today, Will and I went for the caloric splurge with him ordering a classic mac’n’cheese and me getting a pulled pork sandwich. 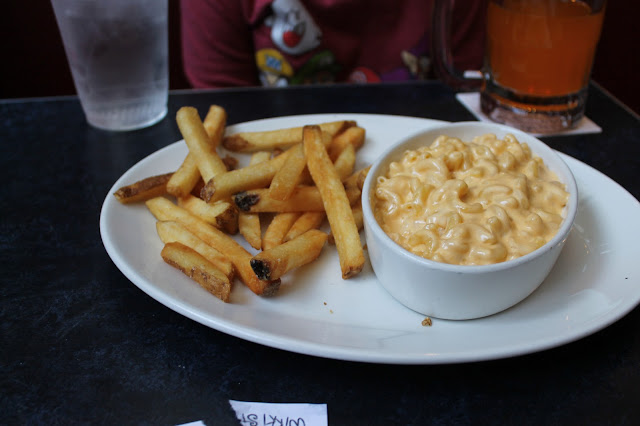 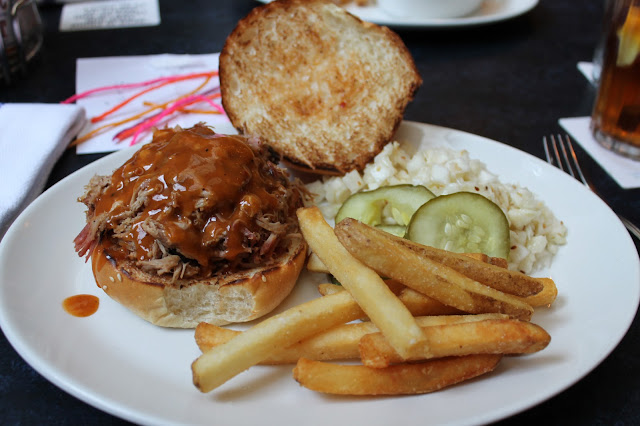 The kids menu included a choice of dessert but Will told the server that he simply couldn’t eat anymore which was pretty awesome for a kid who rarely finishes a meal.

The only real complaint I could come up with about Blue Smoke was that our meal arrived quite quickly. On most days, I would have really appreciate this but today we could have used some extra time to sit quietly and sip our ice tea. That being said once we finished our meal, Will wanted to stay and continue to play with the Wikki Stix so we sat for at least another 25 minutes without anyone bothering us to leave even though the restaurant at this point was quite full.

I really can’t say enough good things about Blue Smoke. You can eat there alone with your child or children and the staff is so friendly, welcoming and helpful, that it is actually an enjoyable experience. The clientele was incredibly diverse with many young singles and after work meetups and no one shot Will a look when he laughed too loud or demonstrated his best downward dog for one of the servers. The place was filled with kids ranging from toddlers to teenagers and none of them were complaining about the awesome jazz being played through the speakers or the lack of a playplace. I wouldn’t be surprised if we were back later this week.

Stay tuned tomorrow for another exciting installment of our adventures in New York City.