Go
BLOG IN AND AROUND TORONTO KID'S CORNER Learning Through Travel 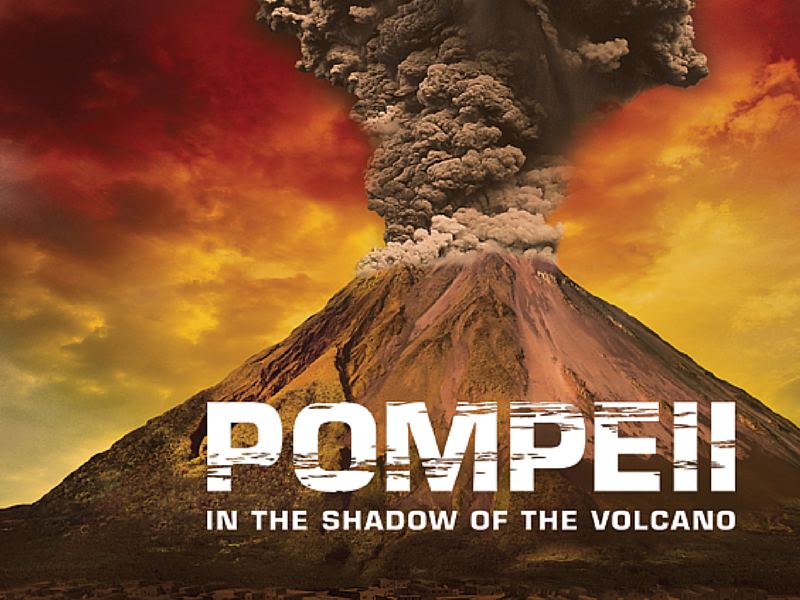 Pompeii: In the Shadow of the Volcano runs from June 13, 2015 through January 3, 2016 at the Royal Ontario Museum (ROM) in Toronto. It is the Canadian premier engagement of the exhibition and features around 200 artifacts discovered in the archaeological dig of the Italian city that was destroyed by the eruption of Mount Vesuvius almost 2000 years ago. I checked it out with Will who will be 7 this month to be able to answer whether the Pompeii exhibit is okay for kids.

As we walked into the exhibit, I sort of questioned whether or not it would be kid friendly. I didn’t just spring it on Will but introduced him to the history of Pompeii earlier this week and then asked him to choose whether or not he wanted to see the exhibit. At nearly 7, he is pretty interested in science and the idea of the volcano was enough to convince him.

The exhibit in reality is not really about the volcano but the city of Pompeii, the history of the archaeological dig and a look into life before the eruption of Mount Vesuvius. The final segment of the exhibit involves a video re-enactment of the volcano and then the striking casts of human bodies and children found 1000 years after the disaster.

Pompeii for Kids at the ROM: What You Need to Know Before You Go

Before you even get to the human casts, there are a few elements of the exhibit that may be particularly shocking to kids. Here is what you need to know before you go: 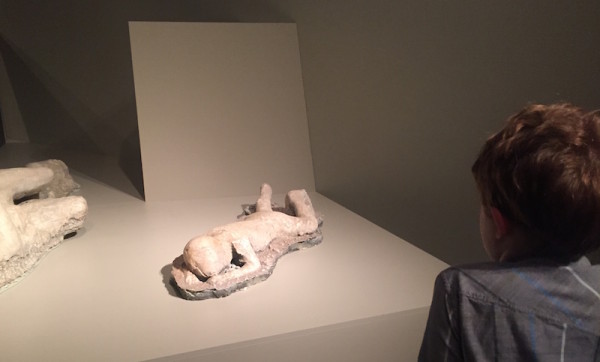 Should You Bring Kids To Pompeii: In the Shadow of the Volcano?

Unequivocally yes. This exhibit is awesome. Kids will absolutely love it and equally be challenged by it. More than anything the Pompeii exhibit is an excellent introduction for kids into archeology. We go geocaching in Toronto and Will couldn’t believe the concept that there are still places to search and dig up things like these artifacts on Earth.

The ROM is offering a variety of family friendly events around the exhibition including Pompeii and the Volcano as part of ROM Big Weekends. Taking place June 13 and 14th from 11:00am to 4:00 pm, the event will feature the following activities:

Whether you are visiting during The ROM Big Weekends or at any time during the exhibit, Pompeii: In the Shadow of the Volcano is definitely worth seeing and bringing kids to. I felt like the exhibit would be better understood by kids over 6 but also felt that Charlie who is 5 would have enjoyed it without being afraid.

Ready to experience Pompeii: In The Shadow of the Volcano? Check out the trailer below.