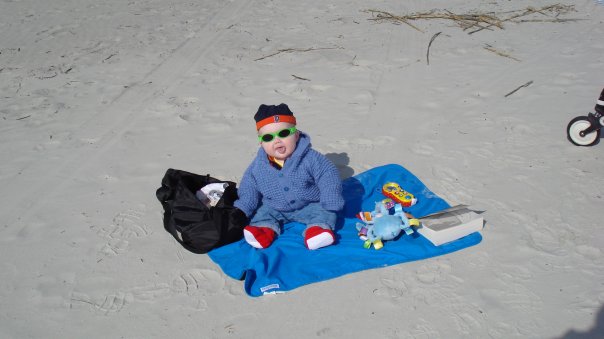 The very first trip I took solo was also the only long trip I took as a mother of one. Will was 6 months old at the time and we decided that winter in Toronto wasn’t going to happen that year. Truth be told as a new stay-at-home-mom I was more than a little lonely and bored so the thought of spending four cold winter months indoors frightened me more than going somewhere unknown with an infant. After researching many U.S. locations, I settled on taking him to Hilton Head, South Carolina. These are my tips to flying alone with a baby.

The two of us packed enough for a family of four and after finding a month long condo rental, we were off on our first adventure. We flew into Savannah/Hilton Head International Airport on a sunny Georgia morning and learned our first vital lesson, Georgia and South Carolina are not particularly warm in January and February. I also learned the following about flying solo with a 6-month old:

Before boarding your flight, read my review of gear that can help get you and your child or children through the airport as easily as possible. Also check out my post on renting baby gear, to help figure out how much you really need to bring with you.