Since it is somehow still winter in Toronto, we ended up slightly stranded in New York and got to stay an extra day. I decided to leave the Hilton Midtown and try out a different hotel. Every once in a while, I get adventurous and decide to use Priceline.com. I bought a Priceline “PriceBreaker” which is essentially a deal where the price is lower than the regular room rate but they do not disclose the hotel name until after purchase. I purchased a room that was $129 a night in a 4-star hotel on the upper West side but with additional fees actually came to $161.

The hotel was called On The Ave. We arrived at the hotel early in the morning to find that the entire hotel was under renovations that were not disclosed on the Priceline website. The main lobby essentially didn’t exist but we found a temporary desk and were given a room key. We headed upstairs and found a very nice but small room that unfortunately had just been painted and within minutes I knew we could not spend the night in it.

We headed down to the lobby and although Priceline has a strict no refund policy, the hotel kindly refunded our room due to the construction and the fact that I was there with a child. I also found out that the current room rate at the hotel was reduced to $119 with no fees during construction and the hotel apologised for the discrepancy in price as did Priceline. In the end, I actually thought it was a very nice hotel with great staff and once the construction is done it might be a great option for an affordable hotel in NYC.

We decided to move to the W Hotel Times Square. I made this decision for a few reasons but mostly because I knew the hotel and as a Starwood member would at least earn points. We arrived, and although it was only 11:00 am, the hotel lobby looked like a nightclub. Will loved the atmosphere and within minutes was dancing on a banquet as I checked into the room. The W is an easy place to stay right in Times Square but I wouldn’t have wanted to stay for more than a night due to the fact that even blackout curtains cannot block out the lights of Times Square. The staff was incredibly polite to Will and the hotel, although not tailored to kids, offers a decent kids menu for in-room dining. We definitely had fun staying there and felt comfortable and welcome.

Once we had settled the hotel issue, we were off to lunch. Will and I met a friend at Sugar and Plumm, an incredibly cute restaurant and bakery on the upper west side near Central Park. The restaurant is about a $10 cab ride from Times Square and is worth the trip. The neighbourhood is quite nice to walk around and kids will love the bakery, sweet shoppe and ice cream concoctions. 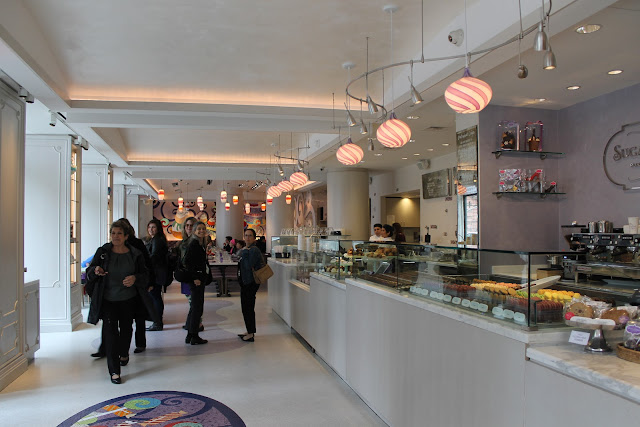 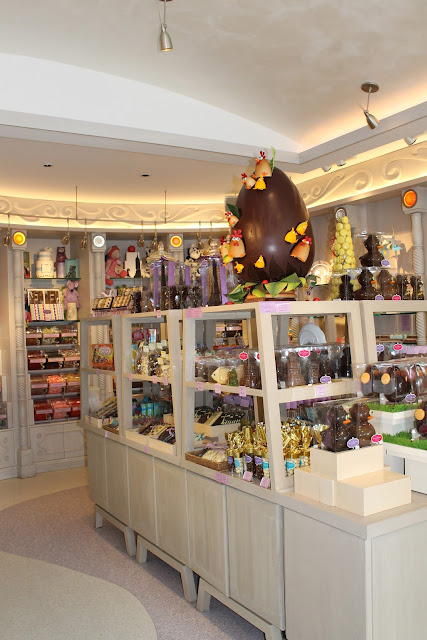 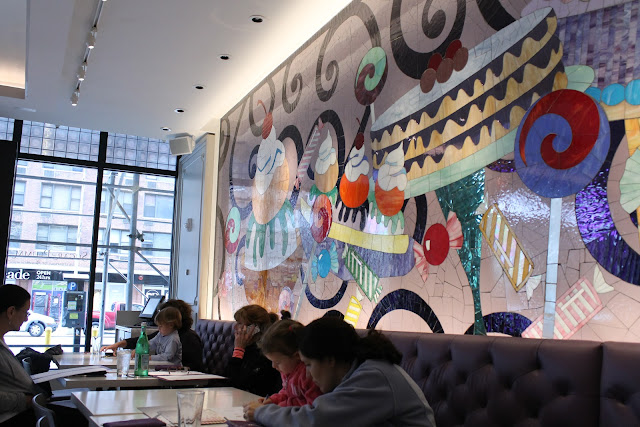 Will began lunch with The Candy Shop milkshake which contained mainly vanilla ice cream, sprinkles and candy. The children’s menu offered a great mac and cheese and the adult food we ordered was actually quite good. I would recommend deciding if you want to go for lunch or simply dessert because once we were done lunch we were too full to indulge in the incredible dessert menu. I would love to return just to try the specialty ice cream sundaes we simply didn’t have room for. 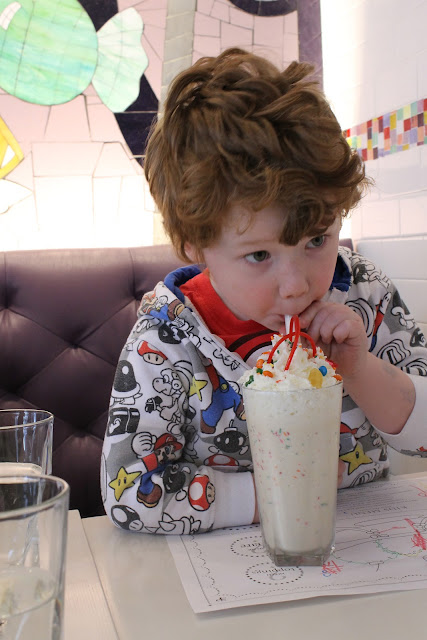 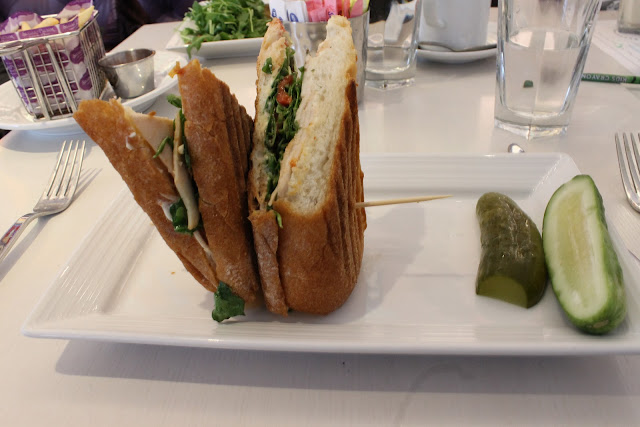 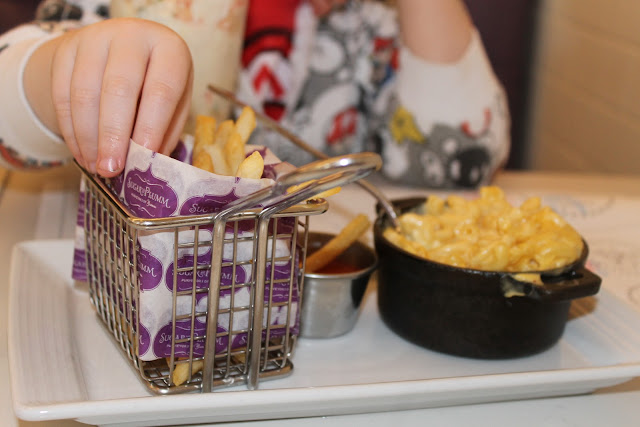 After lunch, we parted ways with our friend and spend the afternoon in Times Square. We actually found that Times Square during the day is much more kid-friendly than after 5:00 pm and in the early afternoon we were able to easily walk around without too much concern. After 5:00 pm it became harder for Will to not get run over by the sheer number of people and with two children this would have been an absolute nightmare to handle alone.

Will has wanted to try out bowling for the last year of his life and I decided there was no better time than now. I had read about Bowlmor Lanes in articles detailing activities for kids in Times Square and we arrived just as it was opening at 4:00 pm. A very nice girl helped us find shoes and a lane but told us we would need to be done by 5:30 pm because the lanes were all booked for parties. 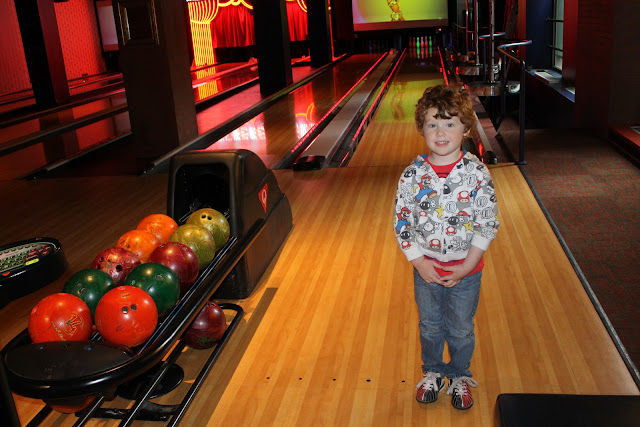 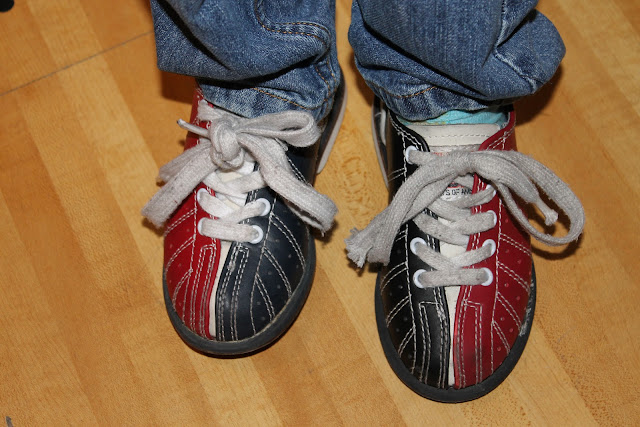 Truth be told, I was more than a little worried to be bowling 10 pin with a 4 year old but the staff quickly came to my rescue and programmed our lane so that when Will bowled a light up bumper popped up from the lane to stop the ball from going in the gutter. They also brought a ramp that was easily positioned so Will could simply roll the ball down the ramp. He tried bowling with and without the ramp and found it easier to bowl and more fun to position the ramp to aim then when he was simply throwing the ball down the lane. 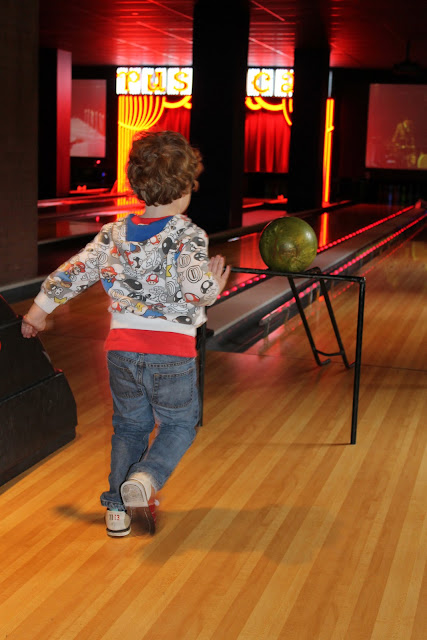 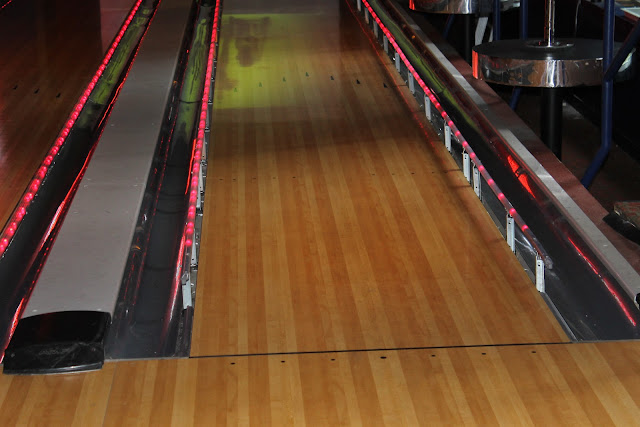 We had a lot of fun bowling but I want to caution parents that it is incredibly expensive. We bowled for an hour and the cost of bowling and shoes was $75. I almost fell over when presented the bill. Bowling is charged by the game at $12 per person no matter what age you are. Since Will and I were alone and not particularly worried about skill, we bowled quite quickly and got in three games. The price was only disclosed when the bill was presented and I was under the impression it would be by the hour and not the game. If you were bowling with a few kids, you could really rack up a costly bill in a very little amount of time.

The extra day in New York turned out to be a lot of fun and after bowling we headed over to Toys R Us for a ride on the Ferris Wheel. Then it was back to the W for room service and our last night of hanging out just me and Will.

I learned a lot about traveling with a kid in NYC this week and especially learned how much easier it is to travel with one child instead of two. Most of all, I confirmed that my four year old is an incredible kid who easily took New York by storm.

I cannot wait to report on our next trip and thank everyone who followed along on our New York City adventure. In the meantime, I am going to profile some great things to do in and around Toronto solo with your kids.