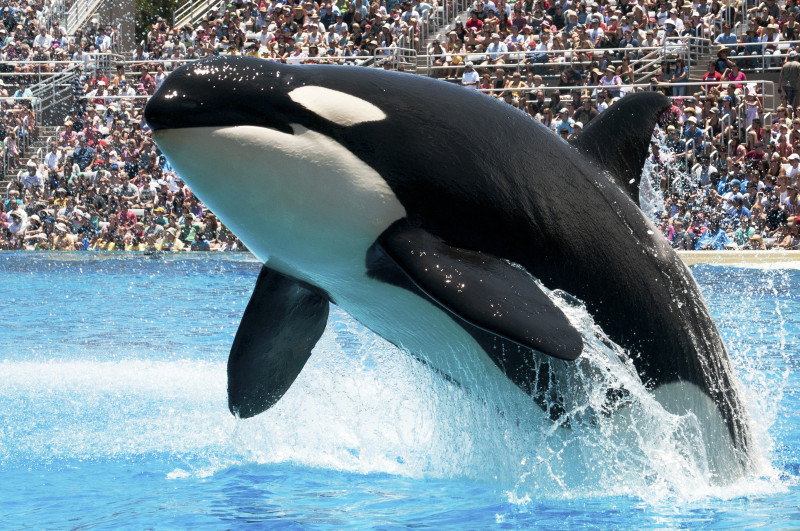 If you google, “should I boycott SeaWorld” you receive 227,000 results in 0.24 seconds. This post isn’t only about Seaworld and the decline in families who are willing to take their children to the parks but about drawing a personal line in the sand as a family blogger and or parent. 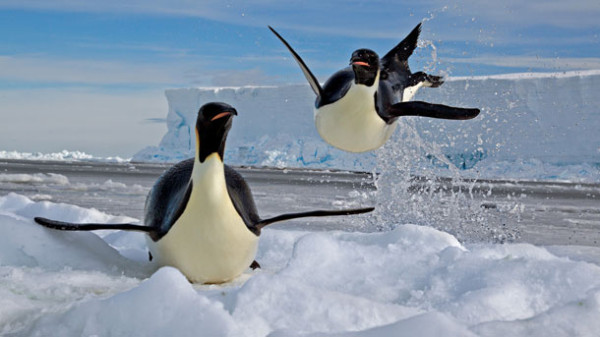 A little about me. I have been a family or “mom” blogger for almost 2 years. In that time, I have struggled greatly with balancing my personal beliefs with regard to not only SeaWorld but aquariums and zoos with the fact that I need to blog about something that people are looking to read and that I can afford.

In a dream world, I would not take my children to zoos or aquariums at all. I would introduce them to animals in their home environments and educate them on why we should leave them there. As most parents know, taking your kid to Antartica to see an Emperor Penguin can range from $3600 a person to over $40,000 a person for a true expedition.

So what are parents and particularly bloggers to do?

The last time I stepped into SeaWorld was 8 years ago. I struggled walking in the gates but agreed to go as a part of a non-children family excursion. Its a decision I somewhat regret but seeing SeaWorld for myself as an adult led me to make the decision to never go back long before I had children. Why? SeaWorld is really sad to see in person. I particularly remember watching a dolphin show and noticing that although children looked entertained a large number of adults looked horrified. I also remember dolphins scrambling on top of each other to be fed by visitors and covered in welts and bruises in SeaWorld’s Dolphin Cove. This was long before the release of Blackfish, a film that clearly affected SeaWorld’s attendance and tanking stock.

So where does this leave me as a family travel blogger?  I don’t get a lot of traffic from people looking to go to SeaWorld but I’m okay with that. For a week last summer, my Instagram, Twitter and Facebook feeds were inundated by bloggers I know and respect who chose to take part in a blogger campaign with SeaWorld Orlando. The campaign focused on animal conservation, rescue, rehabilitation and release of animals at SeaWorld but also allowed bloggers to get up close and personal with captive animals with many photos released of their children hugging an emperor penguin. This blogger blitz was exceptionally well timed, as SeaWorld announced on during that week a stock plunge of 33%  and plans to expand killer whale tanks at its park locations and invest $10 million in research on the animals. Those numbers were updated on August 6th, 2015 and showed an 84% profit plunge due to declining ticket sales.

I haven’t contacted any of of the bloggers who attended the event to see if they were made aware that their social media blitz would be occurring in the exact same week as these announcements before agreeing to attend but the timing does demonstrate that SeaWorld is a business above all and one that I am not interested in working with. 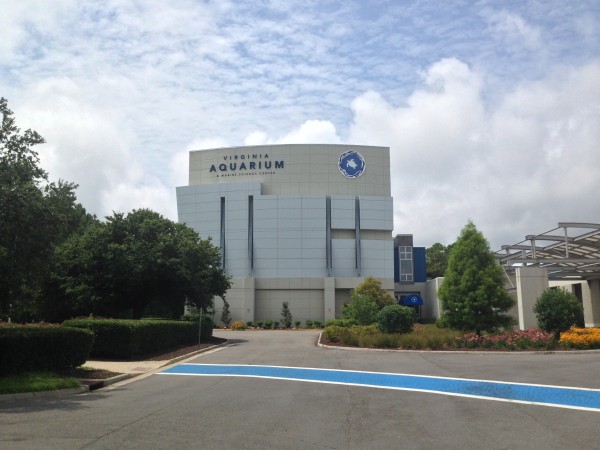 Do my opinions of captive killer whales and dolphins bar me from covering other aquariums as a family blogger. No, but they make me much more weary of doing so. Last summer, we visited a few zoos and one aquarium as we were traveling across the US from Vermont to Texas and back. As a parent, I do a lot of research before agreeing to go to an aquarium anyway but as a blogger I am incredibly careful. My line in the sand is usually drawn based on whether the aquarium offers live dolphin shows or has enclosed whales. The one aquarium we did check out, the Virginia Aquarium in Virginia Beach, captured what I felt was a fair mix of interesting exhibits without dolphins, orcas, or flashing lights and forced performances. There was a huge educational proponent to it and my kids certainly didn’t leave wondering why they didn’t touch a dolphin. What they did do was ask if we could head back to the Chesapeake Bay where were staying to see if they could spot wild dolphins like the aquarium had recommended.

I have visited a lot of zoos in the past and I can tell you a lot of them are no better than SeaWorld. I’ve also walked out of a lot of zoos and aquariums where I had received complimentary entry knowing that after seeing it for myself I would not promote it on my blog. As a family, we have stopped visiting zoo in the last two years. We no longer see a point as our children are exposed to animals in the wild and through education videos and films. Our kids also seem to only enjoy the parks or splash pads at zoos. These are things we can easily do elsewhere. 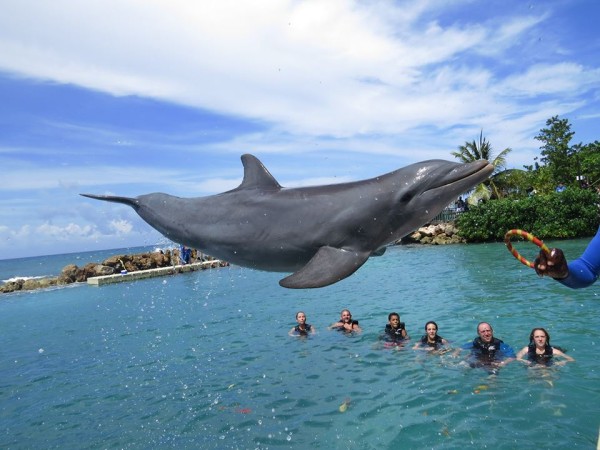 Most bloggers who have been offered press trips to Jamaica, Mexico or the Caribbean, have also been offered complimentary access to swim with captive dolphins. I remember actually having to physically get between a woman in the Montego Bay airport in Jamaica and my children as she was thrusting pictures of smiling dolphins in their faces while telling them to tell mommy that wanted to go. What surprised me the most was that Dolphin Cove in Jamaica was in fact a big seller in Jamaica. The lady in the airport actually admitted to me that the captive dolphins were taken from Japan but were free to leave if they so desired. When asked how that was physically possible, she moved on to another family as I clearly wasn’t buying.

My advice with regard to captive dolphin swims is to not do them. Whether or not you enjoy the dolphin swim, science has clearly shown that the dolphins do not. If you don’t want to read a long scientific article the gist of it is that a lot of dolphins do not survive the initial capture and of those that do 53% die within the first 3 months of captivity due to chemicals in the water, infection from humans and stress-related illnesses. Also, the dolphins are trained by being deprived food so that food is not only a reward but performing tricks is their only way of survival.

An interesting trend is emerging within bloggers, particularly travel bloggers, to be more responsible with their reporting. In fact, a number of bloggers were dismayed to see that TBEX North America, a huge travel blog conference, that took place in September 2014 was actually offering free dolphin tours to all bloggers in attendance. Bloggers fought back both publicly calling for boycotts as well as behind the scenes to try and stop these tours from happening. In the end, the tours were cancelled creating a clear division between bloggers who wanted to swim with dolphins and those who felt the tours should never have been offered as part of TBEX. For more on the cancellation of the tours and blogger reactions, see Green Global Travel’s article on what went down behind the scenes. 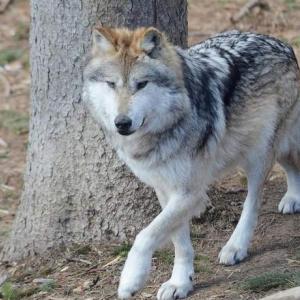 With the emergence of the Internet and the fact that my 6 year old can navigate the web almost entirely alone, we clearly are parenting in a different time. While I like to expose my children to live animals I understand the impact this action has on animals in captivity. I also believe that there are enough videos and pictures on the internet that kids can truly be educated on wild animals without having to ever step foot in a zoo. Still, in the past we have visited zoos and on the rare occasions aquariums.

In reality, we can’t simply abolish zoos and aquariums. There are a number of captive animals that simply cannot be returned to the wild. That being said, there is an argument to stop breeding animals for show and business purposes. There is a kinder argument to retire these animals to sanctuaries and let them live out their lives with as little human contact as needed for their survival.

Last summer, we visited the Binder Park Zoo in Battle Creek, Michigan. They had Mexican Wolves on loan from Mexico that were being bred to repopulated the wild wolf population. I explained to the kids that in a dream world, this would be happening in Mexico away from the prying eyes of zoo visitors.

Should You Visit SeaWorld?

Parenting is all about trusting your gut. If you walk into SeaWorld and your gut tells you that isn’t where you want to be you probably should not expose your kids to it either. On the other hand, if you believe that the animal treatment issues have been exaggerated or do not exist that is also up to you to decide as a parent.

As a blogger, I feel a responsibility to not promote places I believe are doing the wrong thing. At the same time, I do not judge other bloggers who choose to work with these same companies as they believe they are doing good. The debate will rage on for years but this is where I lie on the issues above.