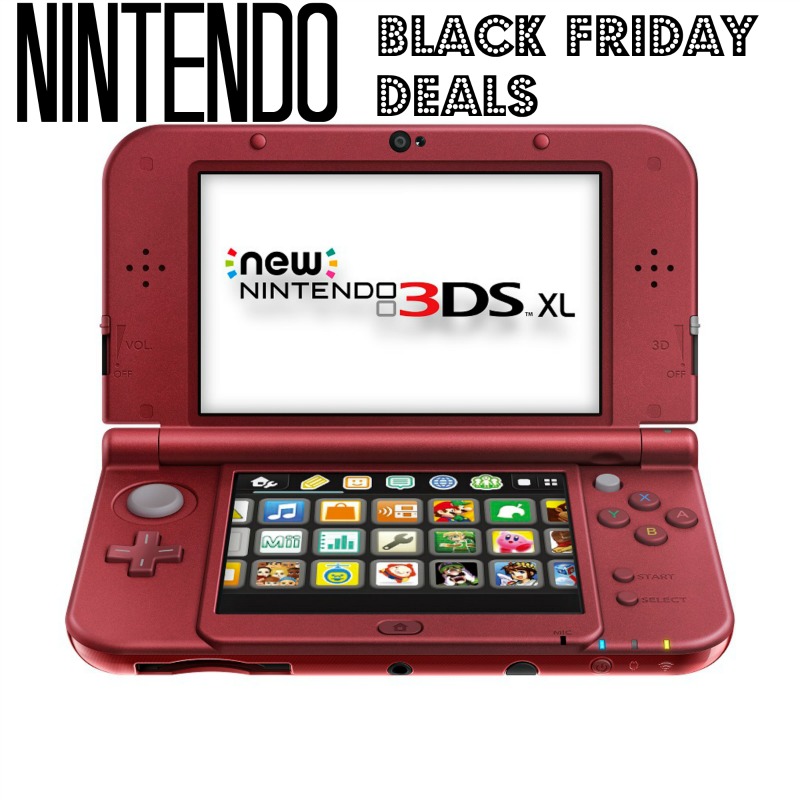 Every year around this time of year, I start getting asked a lot of questions about the best time to buy Nintendo gear for the holidays. Yesterday, three people asked me if the New Nintendo 3DS XL would be on sale soon. The answer is yes. Nintendo is gearing up for the holidays and this year’s Black Friday Nintendo Deals are definitely worth checking out.

The New Nintendo 3Ds XL will be on sale for $199.99, a savings of $30 beginning November 27, 2015 at Best Buy, EB Games and on Amazon.ca. If you are looking at a console for kids, this is in my opinion the best option. The New 3Ds XL is faster and harder to break. Both my kids travel with them and they are small and light enough to tuck away for on -the-go gaming.

You may be wondering what the difference is between this Nintendo 3DS XL and the one above. The Hyrule Edition is a collectors edition designed for the game Hyrule Warriors Legends. Will would love one of these but I’m not ready to delve into the land of buying extra 3Ds consoles. If you are looking for one and have a Legend of Zelda fan this would make an incredibly cool gift. It will still play all of the Nintendo 3DS XL games. This console and deal is only available at EB Games.

This is going to be a tough one to find but if you can get your hands on it, its a great deal. Super Mario 3D Land is a great game for kids of any age and buying these two items separately would cost you approximately $230. Instead pick up this package which includes a Nintendo 3DS XL and the game for only $149.96.  This deal is only at Walmart beginning November 27-30, 2015.

If you are in the market for a home console, I can’t recommend the WiiU enough for families with kids. When people worry about violence and video games, I always recommend Nintendo over any other product. Take Splatoon, which has similar attributes to other shooting games but instead you are shooting ink out of futuristic guns. Not copies of actual guns shooting virtual bullets.

This set comes with Splatoon and Super Smash Bros. pre-installed meaning you won’t have to buy two of the most popular WiiU games for kids and you don’t need to worry about scratched or lost disks.

This deal is available at Walmart, Best Buy, Toys R Us, Amazon.ca, The Source, Shoppers Drug Mart, Videotron and Loblaws. On a side note, you may be surprised to hear that Shoppers Drug Mart sells Nintendo products. I have to admit, I bought our WiiU after saving up a bunch of Shopper’s Optimum points and using them towards the purchase.

To purchase each of these elements separately would cost around $395. If you are in the market for a WiiU, this is the time to buy.

Toys r Us and Shoppers Drug Mart will also be offering a great 2DS bundle for only $89.99. The bundle includes the Nintendo 2DS system and a download code for Mario Kart 7 OR Yo-Kai Watch depending on which bundle you purchase. The games are easy to download and I almost always purchase codes now instead of the game cartridge. Why? Codes don’t get lost under beds and in the car nor do they stop working when someone somehow manages to crack one in half. Also because we travel so much, having pre-loaded games just makes a lot more sense.

Yo-Kai watch is THE game of the Christmas season and one any Pokémon lovers will enjoy. It’s not a Pokémon game but similar in design with some really cool twists. Read more about it here.

While you are out Black Friday shopping, keep an eye out for Nintendo’s new family game release Animal Crossing: Amiibo Festival. This game comes in an adorable bundle with a few of your kid’s favourite Animal Crossing characters in Amiibo format. More of the characters are available separately. The bundle is available for $59.99 which includes the game, 2 character amiibos and Animal Crossing cards which enhance the mini-games. 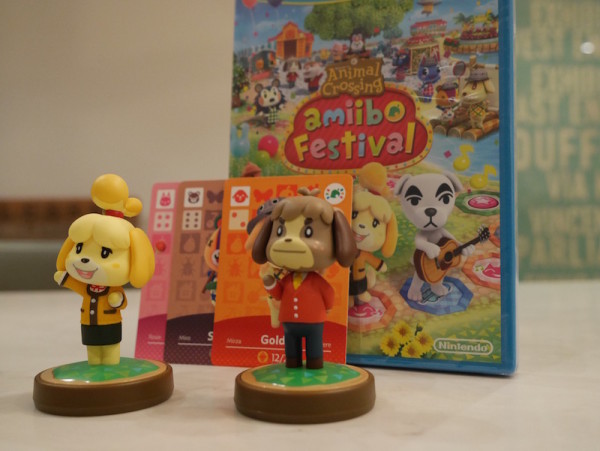 The game is essentially an electronic board game with each section of the board being based on different months of the year. The person that ends up winning is the one that makes their character the happiest in town. The more you play, the more “Happy Points” your amiibo collects which lets you expand the board game even more.

It’s a great game for young kids. As much as Charlie loves Splatoon (which has both  female and male lead characters), she has fallen hard for Animal Crossing Amiibo Festival and collecting the rest of the animals is definitely on her Christmas wish list.

It’s a quick game to play as a family and sets the tone for a great game night. The bundle is available in stores now. 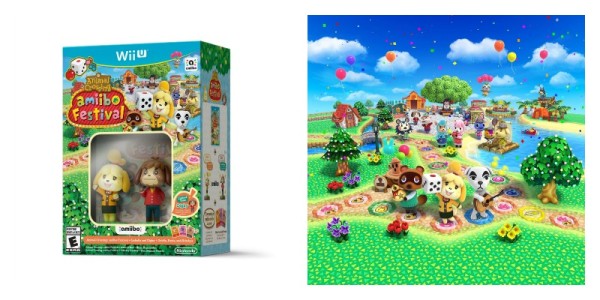 For more Black Friday deals, keep an eye on http://www.nintendo.ca/blackfriday.

Don’t forget to enter our early Nintendo Christmas Giveaway ending November 30, 2015 and check out all the new Nintendo releases here.