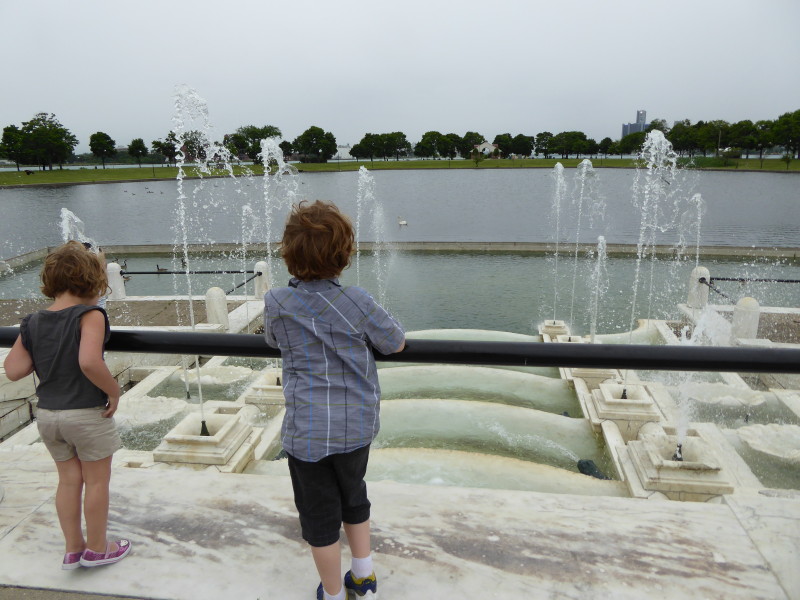 Sometimes cities get a bad rap that they just can’t shake. Detroit, Michigan is one of those cities. When I told people the kids and I were off to the the Motor City for a few days, the looks I got were priceless. Here’s the thing, Detroit is actually a fantastic city to visit with kids. Here are 5 of the best things to do in Detroit with kids.

Go to a Detroit Tiger’s Baseball Game at Comerica Park 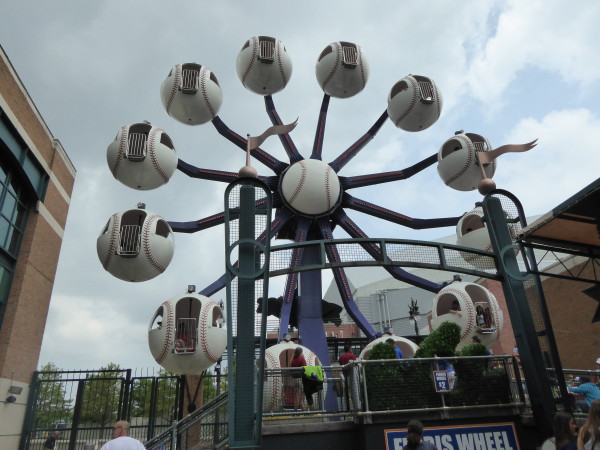 You don’t even need to like baseball to enjoy a Detroit Tiger’s Game at Comerica Park. The park is gorgeous, centrally located in downtown Detroit and full of things for kids to do. First off, you can actually watch the baseball game which depending on your kids may or may not last a while.

After that, there is a ton of other things to check out. The park is large with a really cool Tiger merry-go-round. There is also baseball themed ferris wheel. Between the merry-go-round and the ferris wheel, there is a kids club desk where kids who are attending their first Detroit Tiger’s game are welcomed to the stadium and given a certificate and bracelets.

I think we watched a total of 8 minutes of baseball and the kids keep talking about how much fun we had at the Tiger’s game. Tip: If your kids are like mine and you don’t expect to sit much, Comerica Park has great deals on bleacher tickets for Tiger’s games that are only $12 a seat. Cheaper than another trip to the movies. 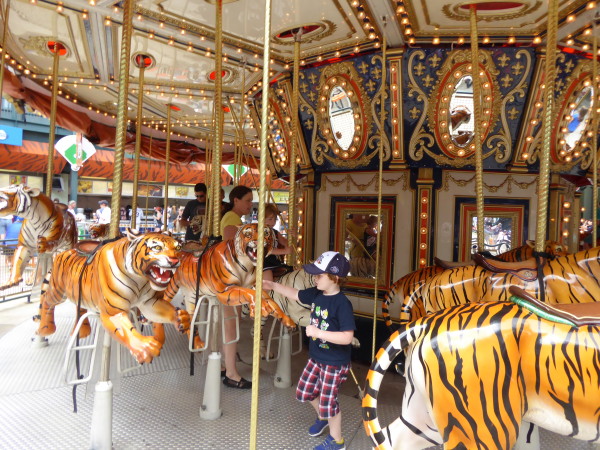 Spend an Afternoon at the Michigan Science Center 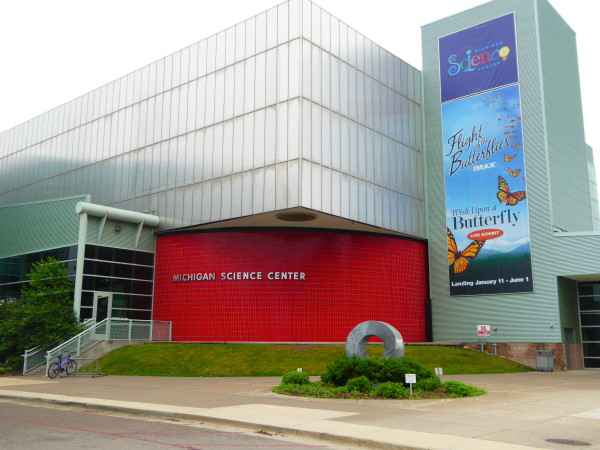 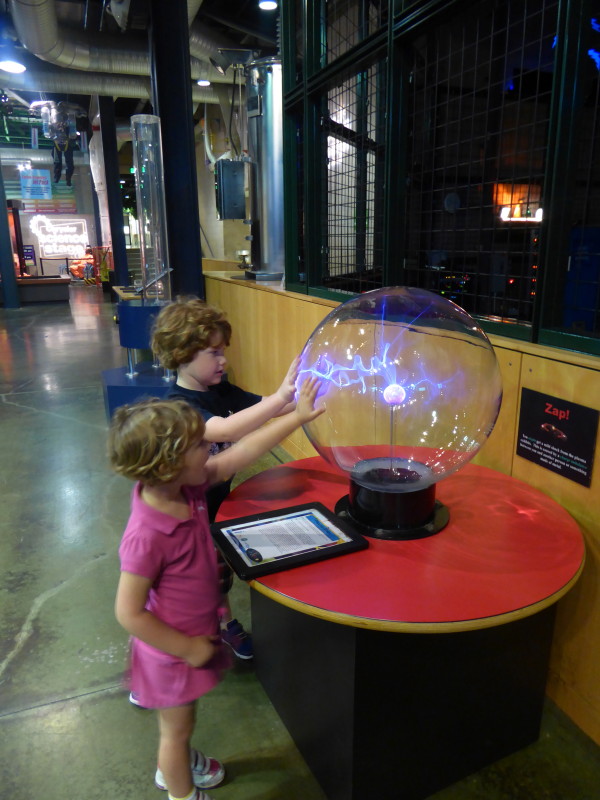 Located in Downtown Detroit, the Michigan Science Center is a do not miss experience with kids. Its not as big as some of the other science centres we have visited but it will keep you and your kids entertained for hours. We particularly loved Kids Town, an area dedicated to kids under 5 that lets them step into the role of mail carriers, restauranteurs, veterinarians and more.

We were able to catch a few highly entertaining live shows in their theatre as well as explore all the other areas. I loved all the areas of the science center that truly reflected Michigan and Detroit. The kids and I got to try working on assembly lines, using machinery like a vacuum lift and feeling the vibrations of a tunnel borer. I literally had to drag my kids out or we would have missed the Tiger’s game. Plan for 3-4 hours at the science center. Tip: This summer, the science center has opened a new touch tank exhibit where kids can meet baby stingrays and other sea life. If you have already been, you might want to head back to check this out.

Feed the Deer and Play on the Slides on Belle Isle 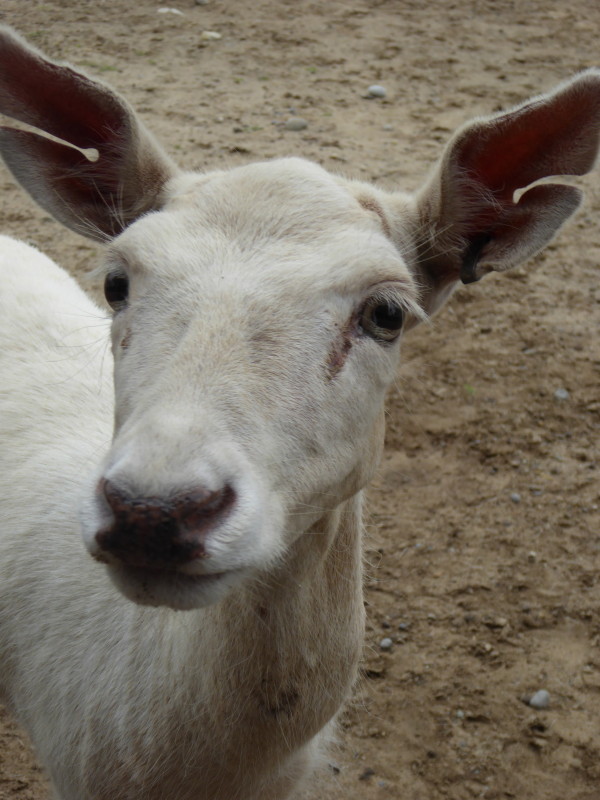 Belle Isle is a 982 acre State Park. It is also where you will get some of the greatest views of the Detroit skyline without crossing the border to go to Canada. We particularly enjoyed playing in the newly renovated King’s Kingdom Playscape, checking out the fountains and statues and visiting the Belle Isle Nature Zoo which is an outpost of the much larger Detroit Zoo. The center is free to visit and home to a beautiful herd of Fallow Deer. The kids and I loved feeding the deer and finding out about how they were a gift to Detroit from the King of France in 1895. The Deer used to roam Belle Isle but due to illness and overpopulation, they were moved into the Belle Isle Nature Zoo in 2002. 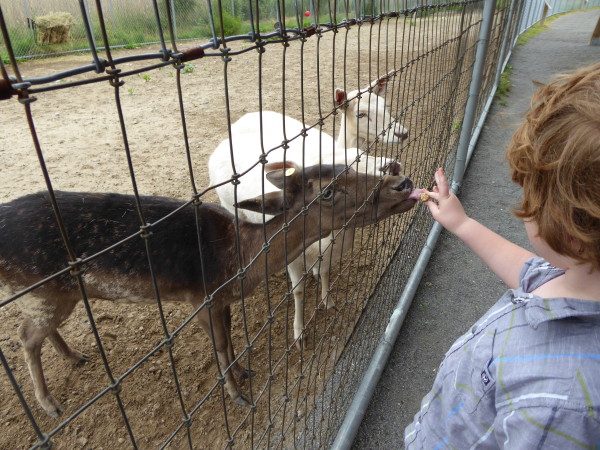 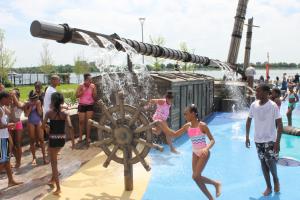 The Detroit Riverfront Conservancy has done a great job making the Detroit Riverfront a family friendly destination. For kids I recommend checking out the East Riverfront which has great artwork on display, lots of areas to bike, scooter, walk and explore and a cool new park. Mt. Elliott Park is newly opened and to say the least awesome. It features a Great Lakes Schooner themed splash pad with water cannons, fountains and tons of areas to run and play. You can relax under a nice shaded tent while the kids get soaking wet. There is also a lot of green space, pathways to ride or walk along complete with local animal footprints, clean restrooms and a new café. My kids had an absolute blast at on the Detroit Riverfront. 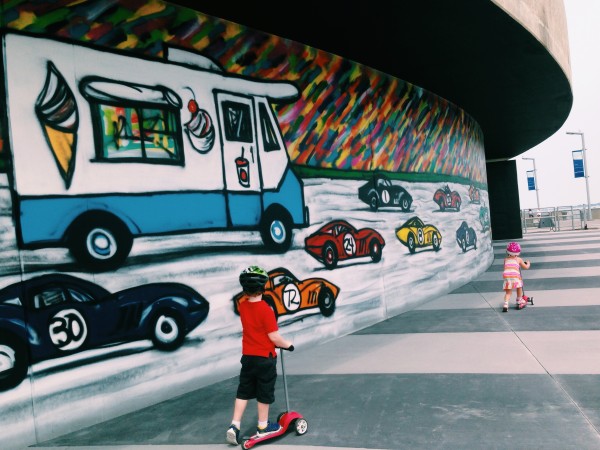 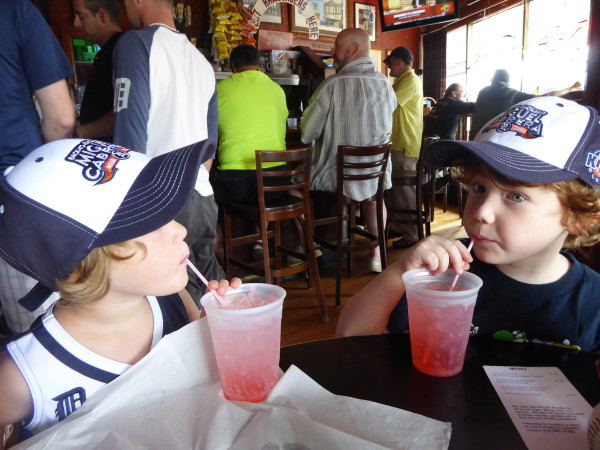 Detroit is a city full of great food. Skip the chain establishments your kids already know and introduce them to some local eateries. My kids loved hanging out at Detroit classic Nemo’s. Before any sporting event in Detroit, legions of loyal fans head to Nemo’s for the free parking and cheap shuttle rides to the local stadiums. Before heading out to the game, fans gather to play catch, eat really good hamburgers and chat about their beloved city and teams. I felt a little odd taking the kids to Nemo’s for the first time but they were welcomed with open arms. A lot of people stopped by our table and welcomed them to Detroit. Young men played catch with Will in the parking lot and women of all ages fawned over Charlie. We really felt welcome and at home here.

You cannot leave Detroit without taking your kids for some BBQ and soul food. Your kids will have no idea how good real macaroni and cheese, BBQ chicken and ribs can taste until you take them to Slows Bar BQ in downtown Detroit. 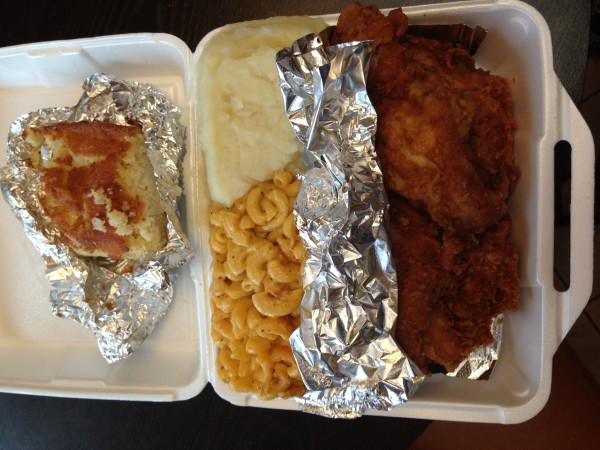 If you are feeling brave, head to Metro City Soul Food on 7 mile. This area is notorious for crime but Metro City Soul Food has excellent food. Try the candied yams and fried chicken and if you don’t know the area at all go during the day and not after dark. We went for dinner and had no trouble whatsoever. Locals even pointed out their favourite menu items to the kids and gave me a list of things we had to try. Unfortunately, they were already sold out of peach cobbler. Metro City Soul Food is a takeout joint, so we headed back to the Courtyard Marriott and feasted like royals. 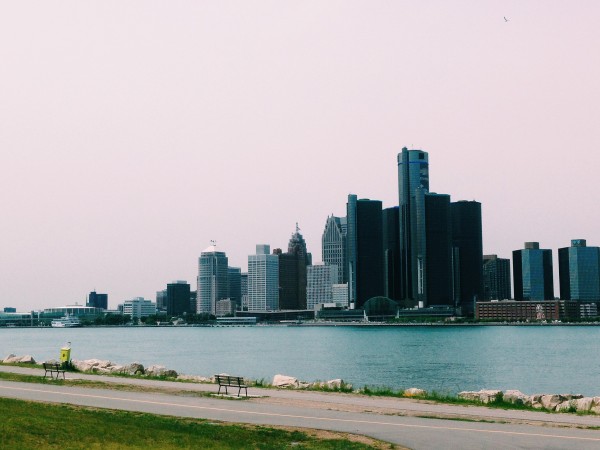 The kids and I spent 3 days and 2 nights in Detroit, Michigan and loved every minute of it. There was so much left to do that we will hopefully be able to return sometime soon. I can’t recommend enough taking your kids to cities like Detroit that are in the process of rebuilding. Detroit has an incredible history and resilient residents that clearly love their city. For more great activities to do in Detroit with or without kids, check out Visit Detroit and Detroit Moxie. Both are informative websites with tons of great activities, restaurant recommendations and guidance about the Motor City.

Disclaimer: We were hosted in Detroit by Visit Detroit. The opinions and my love for the City of Detroit remain solely my own.